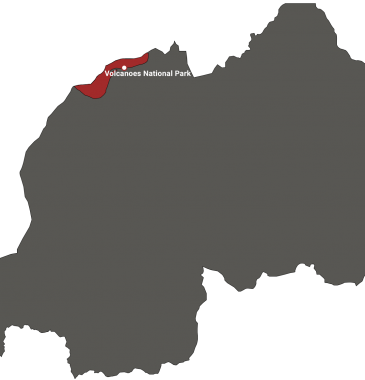 Volcanoes National Park, Rwanda’s most famous destination, forms part of a chain of impressive volcanic peaks that comprise the Virunga massif, straddling the border between Rwanda, Uganda and the Democratic Republic of Congo.

Amidst the abundant calls of colourful birdlife and the chattering of the rare golden monkey, Volcanoes National Park is home to more than half of the world’s remaining population of endangered mountain gorillas. It is also here where the American primatologist Dian Fossey lived, researched and eventually gave up her life fighting for these majestic primates – one of our closest relatives – in the 1970’s and 1980’s. 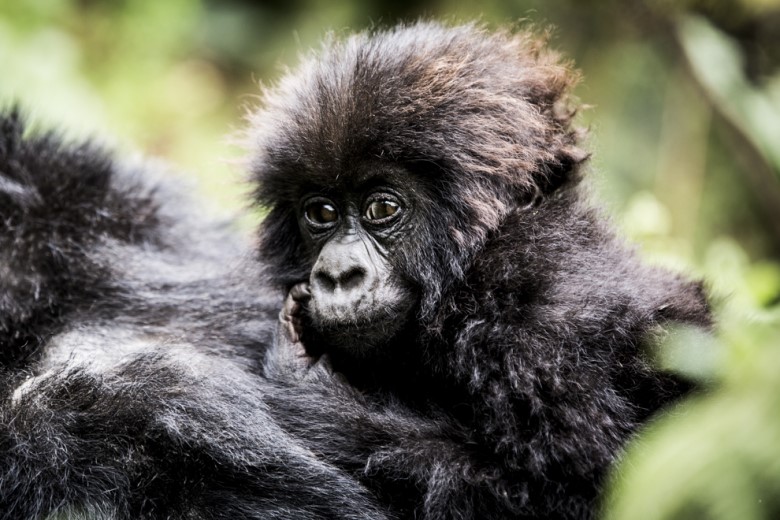 Gorilla Trekking
Read More
Tracking endangered mountain gorillas in their natural habitat through dense African forest is a magical experience; one of the most profound wildlife experiences to be had. Rwanda offers one of the best locations for gorilla trekking and the privilege of coming face to face with these gentle giants. 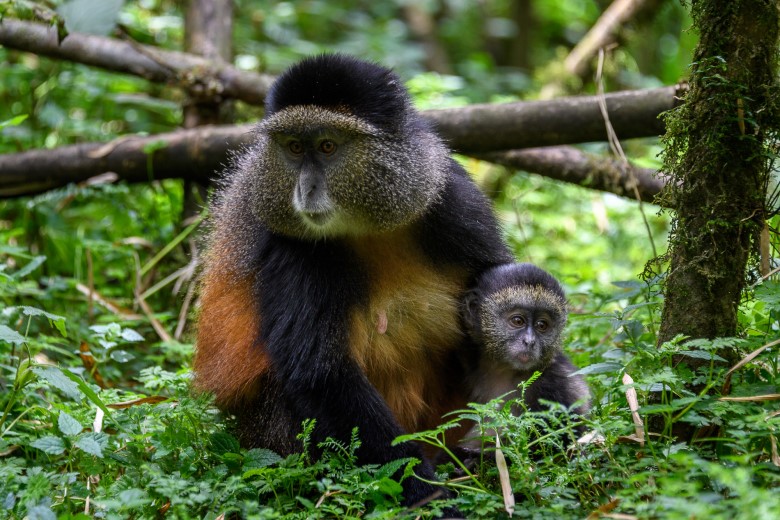 Golden Monkey Trekking
Read More
Golden monkeys are endemic to the high altitude forests of the Volcanoes National Park area. Their fascinating lives and social dynamics are revealed on an enjoyable guided trek. The monkeys are playful and inquisite and often spend their time leaping from bamboo branches or frolicking on the forest floor. 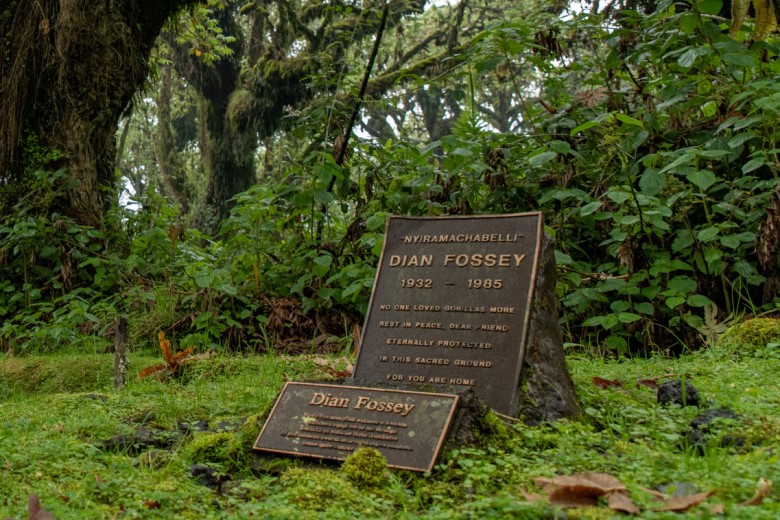 Dian Fossey Hike
Read More
Spend the morning hiking through some of the most beautiful stretches of forest in Volcanoes National Park to Karisoke, the original research station established by Dian Fossey, which stands at 3,000m of elevation. Today, the site is the graveyard of Dian Fossey, where she is buried near the graves of some of her favourite gorillas. 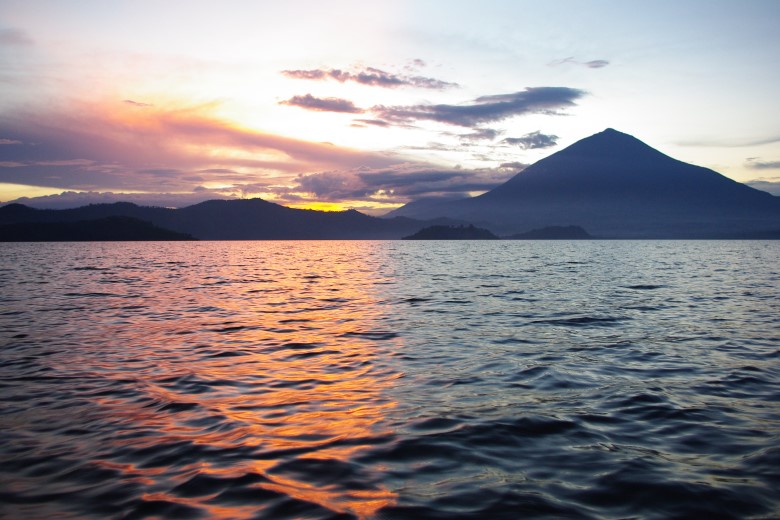 Visit the Twin Lakes
Read More
Fed by rivers and a lake in Uganda, the Twin Lakes of Bulera and Ruhondo are a beautiful location to visit for nature lovers, offering spectacular views over the whole of the Virunga Volcanoes. 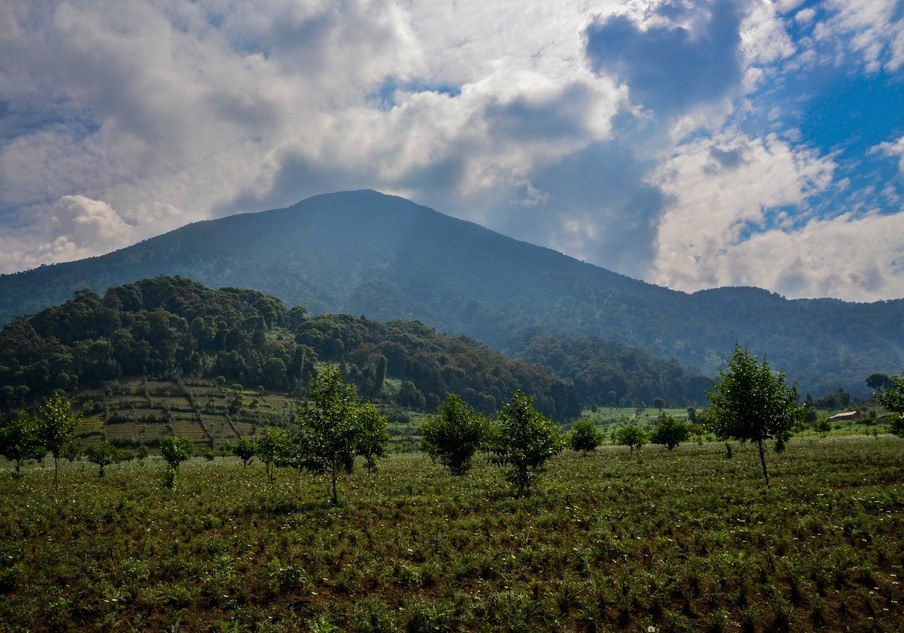 Located in a natural ampitheatre of an eroded volcano, Bisate Lodge offers dramatic views of the Bisoke and Karisimbi volcano peaks rising through the forests of Volcanoes National Park. The word 'bisate' means 'pieces' in Kinyarwanda, describing the natural erosion of the volcanic cone. Both the architecture and interiors are rooted in Rwandan cultural traditions, with six opulent forest villas warmed by a central fireplace enjoying breathtaking views from the deck. The ethos of Bisate is deeply rooted in sustainable ecotourism; its pioneering reforestation and rehabilitation projects focus on conservation and community upliftment.

Sabyinyo Silverback Lodge is Rwanda’s ﬁrst ever community-owned lodge. Set on the edge of the Parc National des Volcans, the lodge enjoys dramatic views of the surrounding volcanoes. The beautifully appointed guest cottages, with country-chic style and open log fires, are discretely situated in the folds of the hills and amongst the verdant vegetation of the Sabyinyo property, providing a perfect haven of warmth and luxury as you explore this unique corner of Africa.

The magnificent Virunga Lodge is perched high on a ridge with some of the finest views in Africa, overlooking the Virunga Volcanoes and the Musanze valley to the west, and crater lakes Bulera and Ruhondo to the east. Luxuriously appointed, with an accent on vibrant Rwandese fabrics and stylish locally inspired furniture, each of the ten uniquely decorated bandas feature a cosy fireplace and a private terrace from which to watch the sunrise over the dramatic landscape of mountains and lakes.

Cushioned in the foothills of the Virunga Mountains, Gorilla’s Nest sits wrapped in fragrant Eucalyptus forest, blending seamlessly into the surroundings. 14 luxury rooms and seven suites are decorated in modern African style, featuring traditional art and craftsmanship, filling each space with warmth and history, as well as breathtaking volcano views. One&Only is renowned for it's dining experience and Gorilla's Nest is no exception, offering a taste of authentic Rwandan flavours, inspired by fresh ingredients from the lodge's own garden.