Historic and undeniably beautiful, Austria's fairytale-like landscape and architecture have charmed many hearts.

It is a country of many colours—baroque architecture mixed with military sites against a backdrop of stunning landscapes. Vienna, the capital city, is a destination in itself. Gothic churches and cobblestone street are juxtaposed with a young, vibrant nightlife and burgeoning dining scene. A short distance away are the country's most beautiful natural wonders. In the winter, the slopes are coated with a powdery white fit for snow bunnies and black diamond skiiers alike. The Christmas markets are bright, cheerful and alive with the festive joy of the season. Summertime brings the same magic, with lush pastures and emerald lakes to accompany your hikes. One thing is sure-that the fresh air will soothe and rejuvenate. 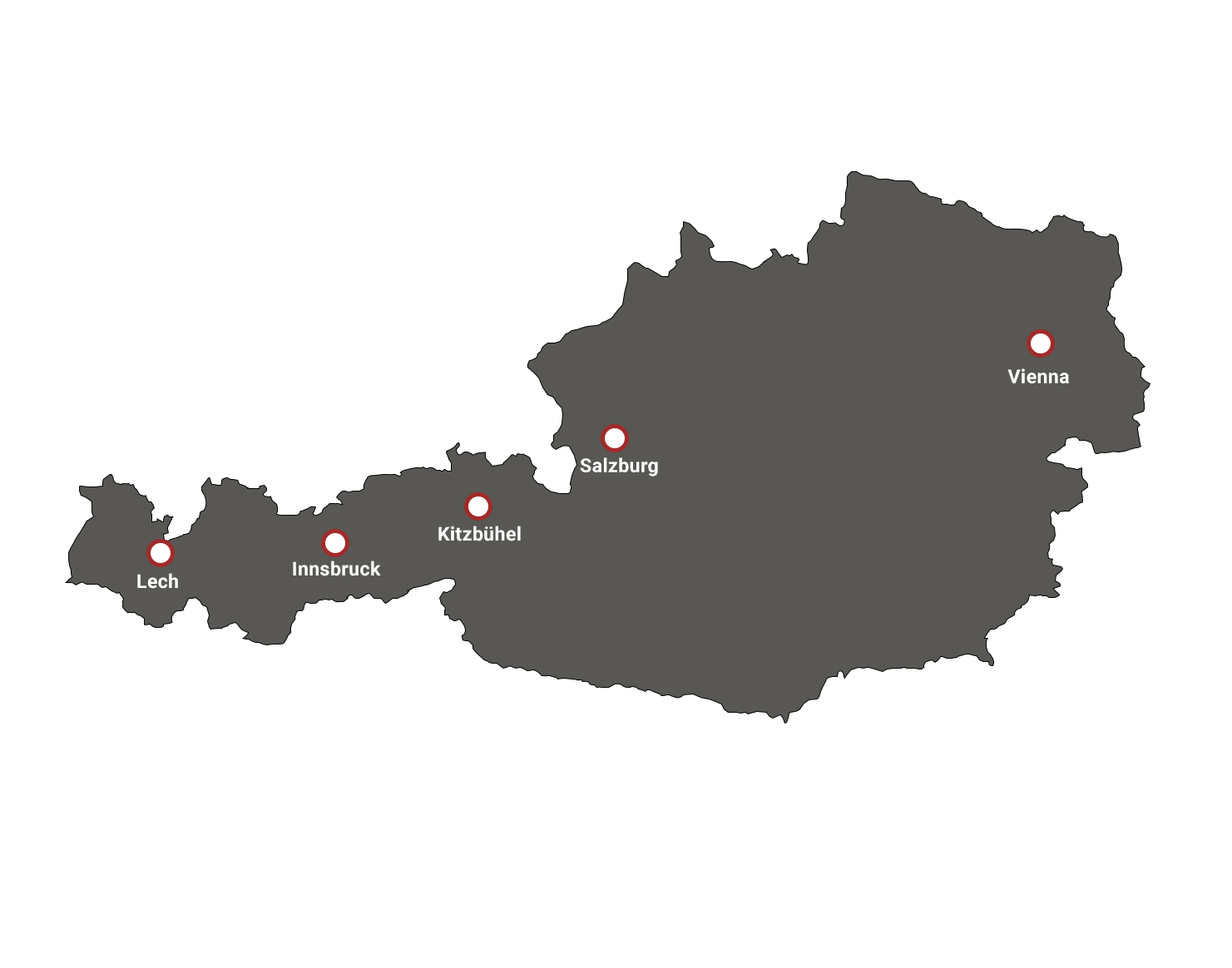 The city of Vienna—the bridge between eastern and western Europe. In close distance to the capital are wonderful vineyards and sampling their produce is easy in the city. Vienna above all is a strikingly beautiful city, with a complex history that shines through its marvellous architecture.

With formidable mountain cliffs in the distance and the transporting effect of Baroque architecture, Salzburg’s scenery is one of fairy tales. Lose yourself walking down one of its mystifying winding lanes. Perhaps make your way to Hohensalzburg Fortress, which sits on top of Festungsberg, and it is the biggest fully preserved castle in Central Europe.

From city we hit the slopes. Kitzbühel is home to The Streif, the most famous ski-run in the world. For the adrenaline-pumping action of steep slopes, curves and jumps, skiers come from all around the globe. But skiing is not all that this Tyrolean Alpine town has to offer—close to the mountains are two establishments that make ideal bases for your adventures.

We make a short stop in the capital of the state of Tyrol, Innsbruck—a city where buildings outline the jagged peaks of the Nordkette mountain range. Then we continue to Lech. Here, skiers will delight in Lech’s 305 kilometres of slopes while non-skiers can revel in beautiful stretches of winter hiking, snow-shoeing and tobogganing.

With a population of less than 2,000 people, the charming small-town feel fills the street, where neighbours are all friends, and also incredibly friendly to travellers. Also sample culinary delights at Post Lech Arlberg’s restaurants that has won several awards for their outstanding cuisine. 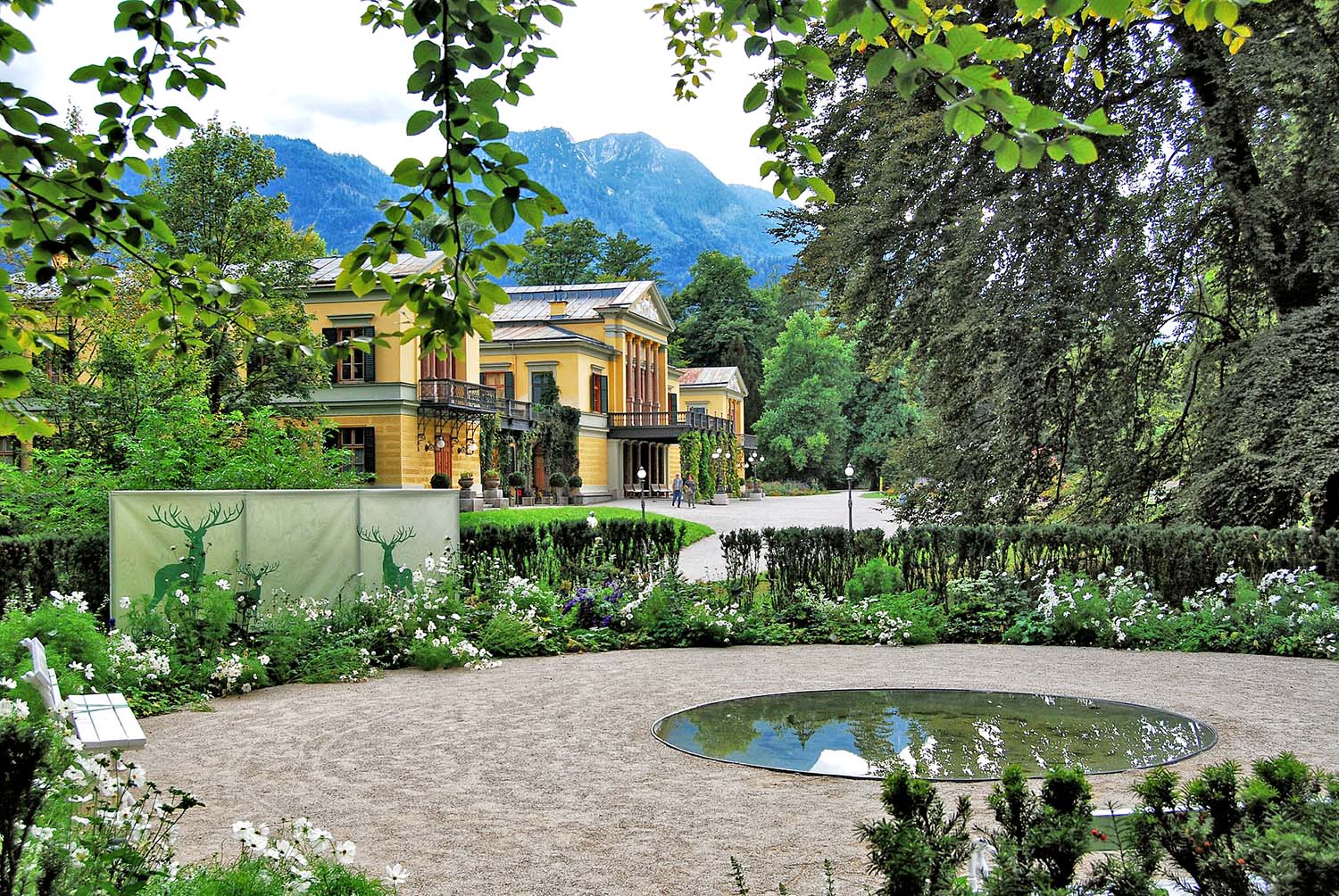 Salzkammergut
Read More
Explore the beautiful lakes and alpine region of Austria, starting with Lake Fushcl, stopping by Bad Ischl—where the emperor Franz Joseph spent the summers at his holiday home, and Hallstatt. 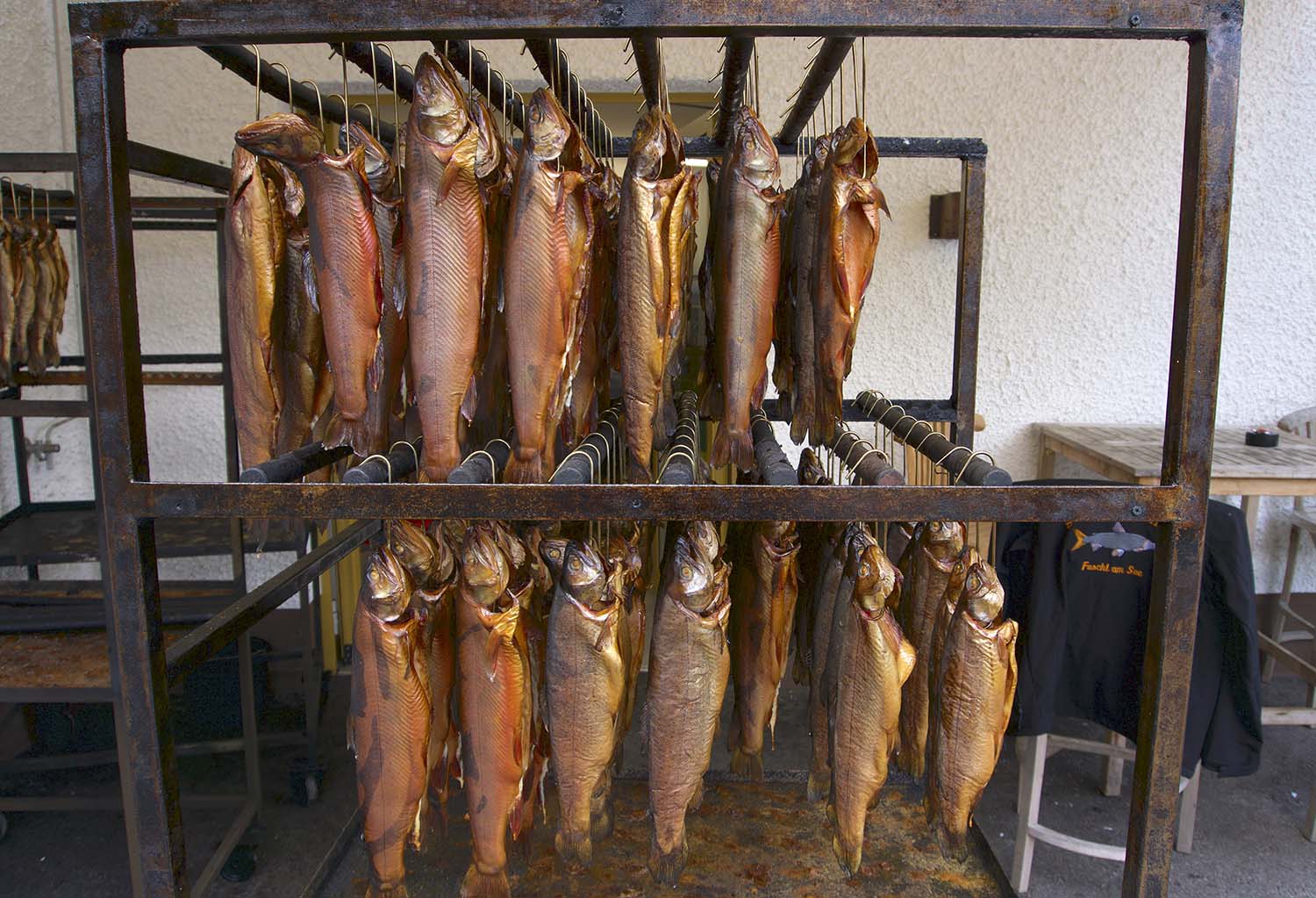 Castle Fishery
Read More
Sit by the shore of Lake Fuschl for a traditional pairing of freshly smoked fish with a weissbier or crisp glass of Riesling, and kick off a conversation with the locals with the lake as your backdrop. 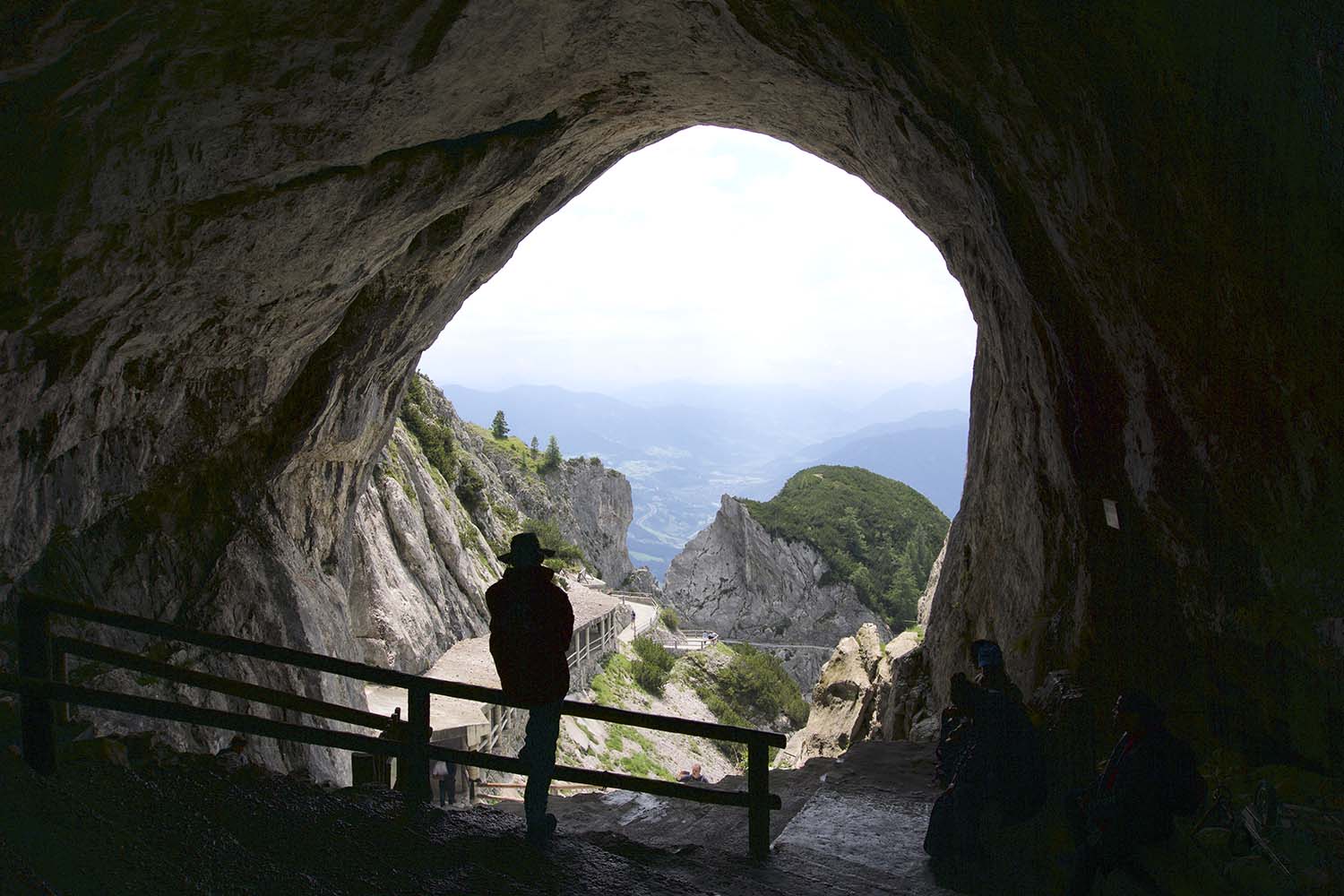 Eisriesenwelt
Read More
Hike up the mountain and traverse into the largest ice cave in the world—make your way through this ancient labyrinth, extending more than 42 kilometres deep into the mountain. 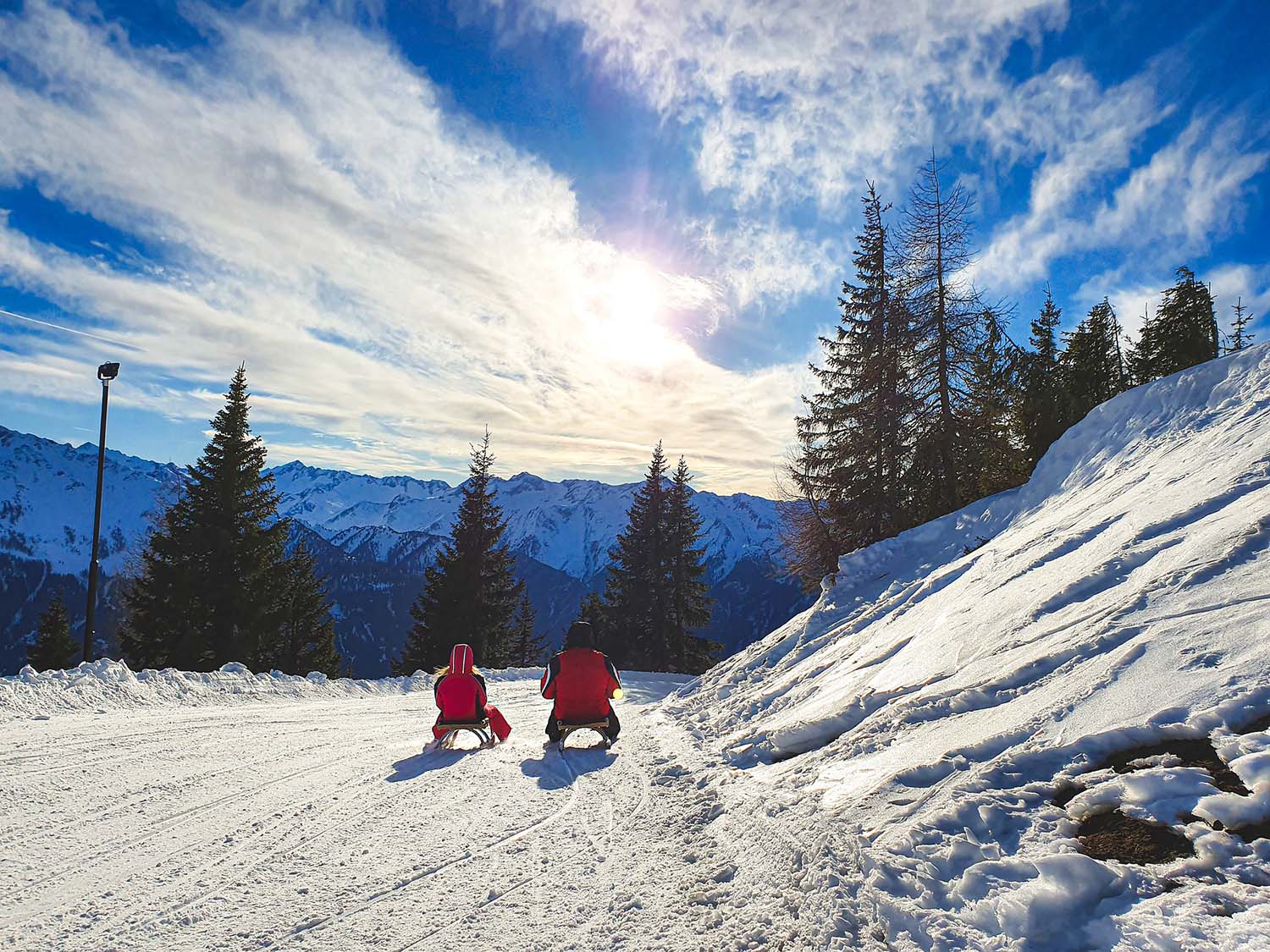 Tobogganing in Kirchberg, Tyrol
Read More
Sled down Gaisberg, one of the best natural toboggan runs in Kitzbühel and Kirchberg. 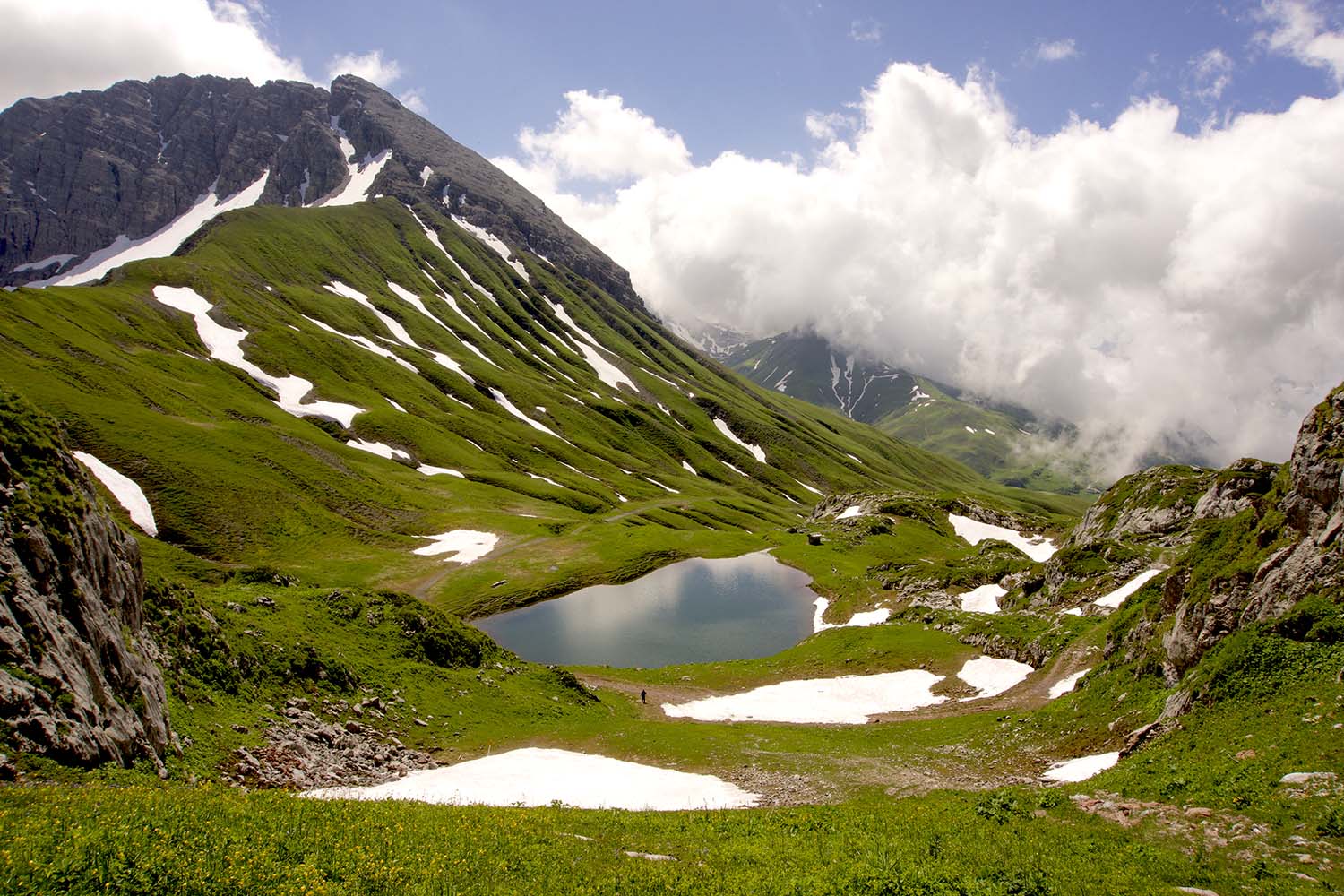 Hike the Green Ring in Lech
Read More
Go on a hike through mountain ridges, valley depressions, and tranquil mountain lakes and rivers of Lech Zürs.
Previous
Next

The Park Hyatt Vienna reflects an unparalleled elegance, presenting exquisite décor, unique contemporary design and a sophisticated Viennese atmosphere, making you feel like it is a home away from home.

Stunning old-world décor in a 19th century building frame the beauty that is Hotel Sacher Salzburg. Expect modern classical rooms and excellent service. Located in Mozart's hometown, the property was also the birthplace of the Sachertorte, the most famous torte in town.

Schloss Fuschl is nestled in Austria’s "Sound of Music" Salzkammergut region, overlooking Lake Fuschl. The beautiful property dates back to 1450 and allows infinite outdoor activities, from swimming and hiking to golfing and vintage car rallies. Indoors, the wellness spa is dedicated to relaxation and rejuvenation, while their onsite restaurants afford unforgettable dining experiences.

Hotel Weisses Rössl Kitzbühel is a charming 17th century building themed with modern, tasteful furnishing. Located in historic Kitzbühel itself, spend restful nights at this sweet spot and save the days for your alpine adventures.

For more than eighty years, the Moosbrugger family has cultivated an authentic “country inn” experience for their guests at Post Lech Arlberg—it has belonged to the select group of reputed Relais & Châteaux hotels for more than 40 years. Not only do they create a warm and personal atmosphere, those cosy wood-panels house a choice of restaurants featuring fantastic local and regional cuisines.