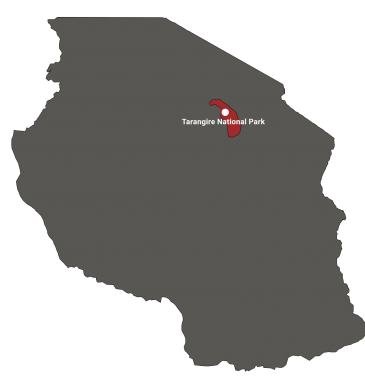 Forming a less-frequented part of Tanzania’s ‘Northern Circuit’, Tarangire National Park is for those looking to venture a little further off the beaten track. Interspersed with large herds of elephant and buffalo, Tarangire features some of the highest concentrations of mammals in Tanzania, particularly during the dry season from July to October.

With a plethora of plains game and birdlife, predators naturally follow closely behind; Tarangire is home to a healthy population of big cats, with lion being amongst the most commonly spotted. 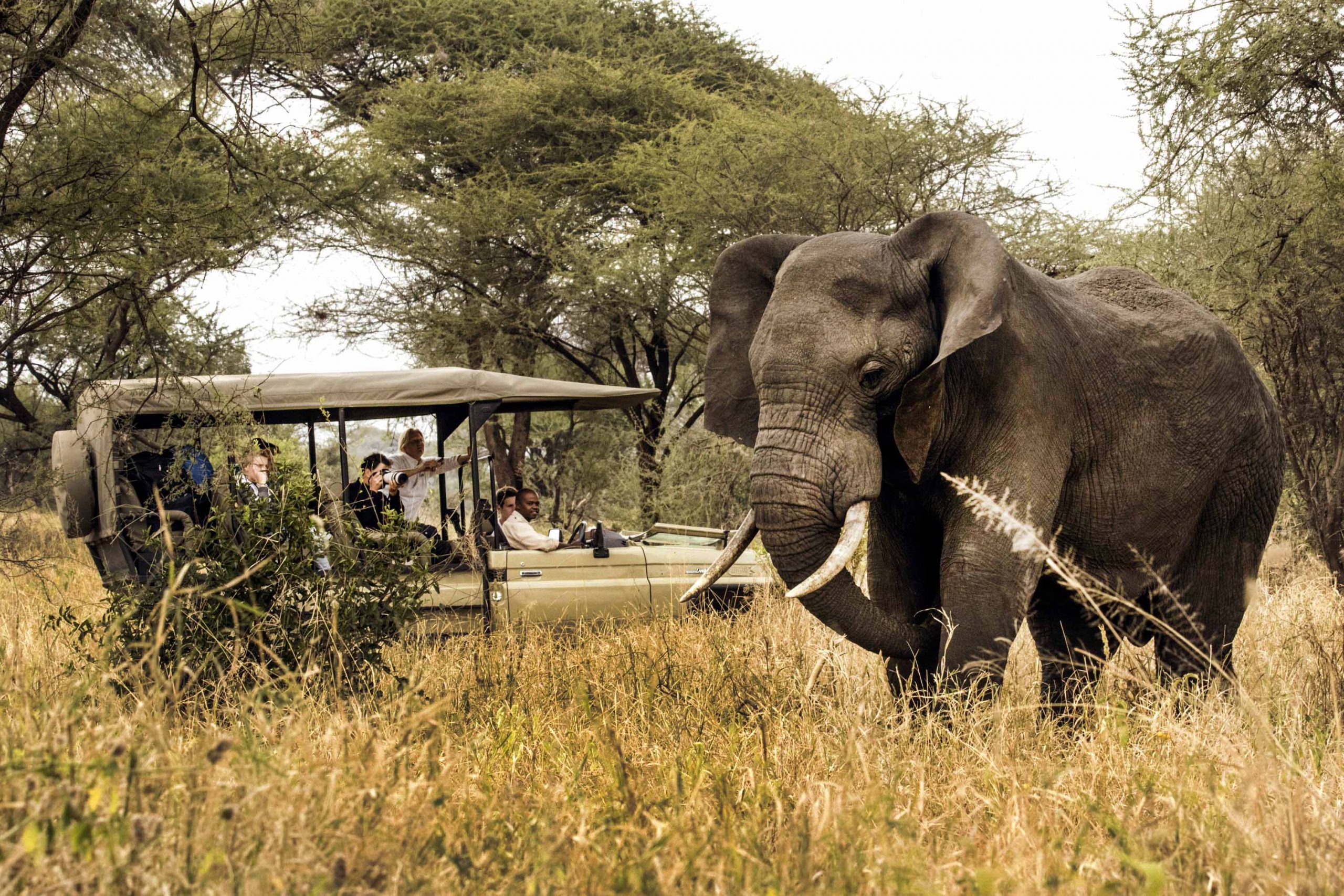 Game Drives : Safari
Read More
Our guides drive you out into big country. This means waiting as elephant families cross the track, slowly weaving along riverbanks looking for lions, watching leopard asleep in giant baobabs, and scanning the great swathes of elephant grass for big herds of buffalo. There’s nothing small about these days. 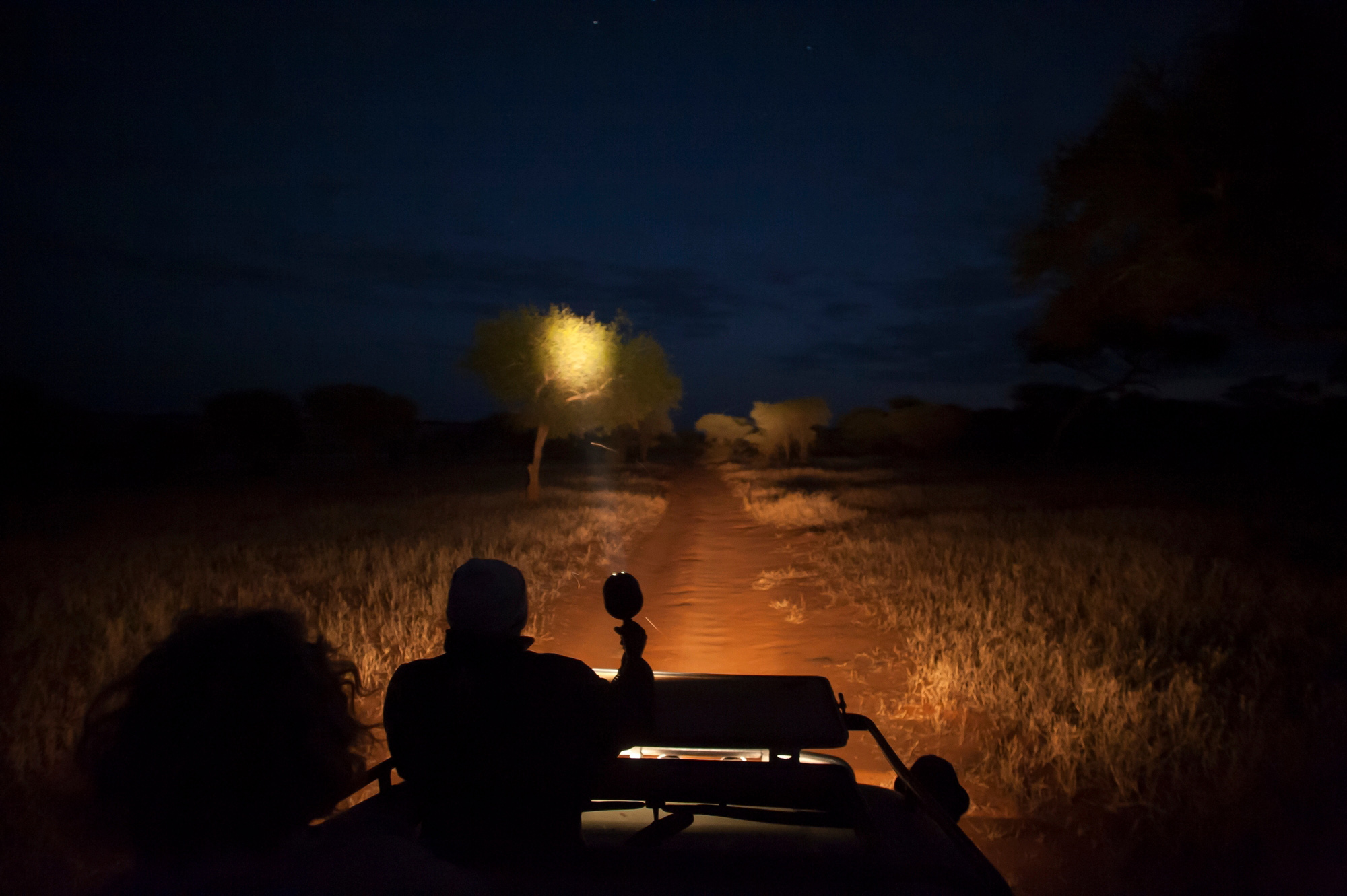 Night Drives
Read More
We can drive after sunset and uncover the night creatures of the park. Often the first sign that something is out there, is a pair of eyes shining in the dark. 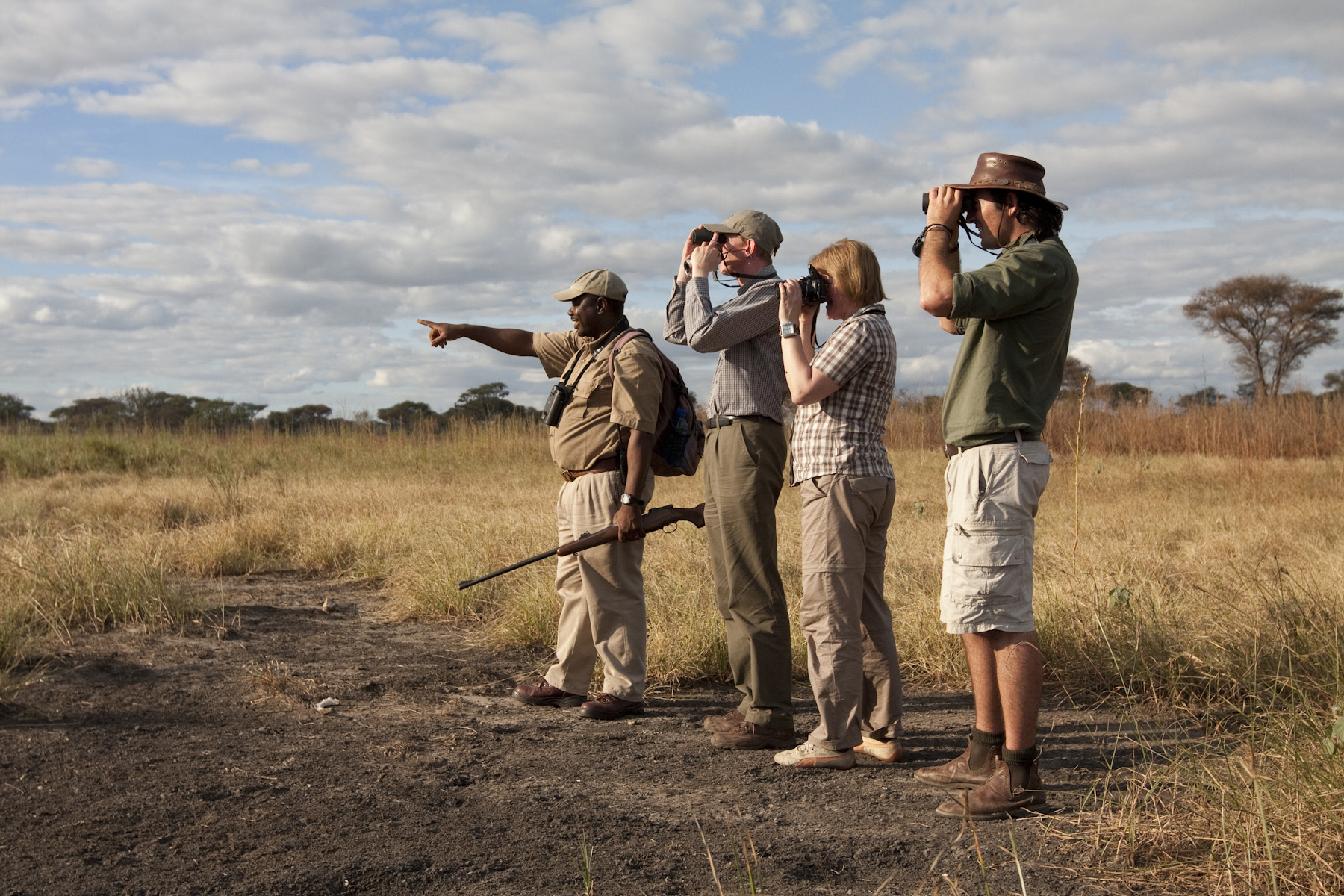 Walking Safari
Read More
Head out into the African, in the hope of seeing game up close. We’ve special permission to walk in this park, with Nomad, a total privilege for those seeking a greater connection with the wild.
Previous
Next

Established by Paul Oliver in 1992, Oliver’s reflects the glory days of African safaris. The camp has a low-key simplicity enhanced by discreet creature comforts and truly welcoming hosts. Expert guides give you access to the wilderness beyond. In the main area, deep comfy sofas invite you to relax and watch the restless wilderness beyond. Come nightfall, meals are taken communally in the dining room. Whiskies are poured around the campfire and safari tales told late into the night.

In creating this camp, Nomad Tanzania have sought to keep their footprint as light as possible. Combining the essence of authentic safari with the textures and elements of the Africa that surrounds camp. Providing all those necessary comforts without overdoing it, ensuring the human presence here is in tune with, and not overbearing to, this beautiful place. One of the things that makes this place is that you can walk straight out of camp and into wild Africa. You also have the freedom to explore in open cars both during the day and under the night sky. Furthermore, the style and location of the camp means that you can sit at peace and observe the natural rhythms of life as it continues undisturbed around you. It couldn't be better, really.

Nowhere does Chem Chem Lodge impose, but rather blends in with the unfenced wilderness that stretches on all sides. The permanent structure of Chem Chem’s main Lodge reflects the form of a flamingo with its wings spread wide for landing. One wing holds the full-service gourmet restaurant and an outside fire place, the other wing offers a bar, lounge, fire place and fully stocked library. The Lodge also boasts a viewing deck with awe-inspiring views over Lake Manyara. Outside, discover the gym or the pool hidden in the trees while the Chem Chem Spa offers a new meaning to utter relaxation. The spacious eight tent-style suites offer ultra-luxurious accommodation under the immense African skies. Natural textures and surfaces such as wood, canvas, cotton and lava rock convey a sense of merging with your surrounds.

Known as the 'sunrise camp', Little Chem Chem is situated on the edge of an acacia forest. Lying in a 16 000ha Wildlife Management Area adjacent to Tarangire National Park, the camp is surrounded by the characteristic landscape of the Tarangire River with its impressive Baobab trees and overlooks the freshwater lake, Lake Burunge. It offers an authentic vintage safari in an elegant, supremely comfortable tented camp, accommodating a maximum of 14 guests in a game-rich location. Little Chem Chem is all about getting as close to nature as possible, without sacrificing comfort.

‘Kuungana’ means ‘to connect’ in Swahili and this is the essence of Forest Chem Chem. The camp has been designed to bring people together over the warmth of a crackling camp fire. It is a place for families and friends to connect with each other, with the bush, with Africa and with themselves. Here, guests will discover even more opportunities to explore the game-rich areas bordering Tarangire National Park and Lake Burunge. Forest Chem Chem is only available on an exclusive use basis with 3 vintage tents and 1 family tent. The camp comfortably sleeps up to eight adults and two children.

Lemala Mpingo Ridge sits on top of an escarpment with sweeping views across the perennial Tarangire River and valley below, and will match the same outstanding standards of comfort and service as the other properties in Lemala’s collection. Guests at Lemala Mpingo Ridge will enjoy a real sense of wilderness and excellent game viewing, and it’s both a relaxing standalone destination and a great place to start a safari that also combines Lemala properties in the Ngorongoro Crater and Serengeti.