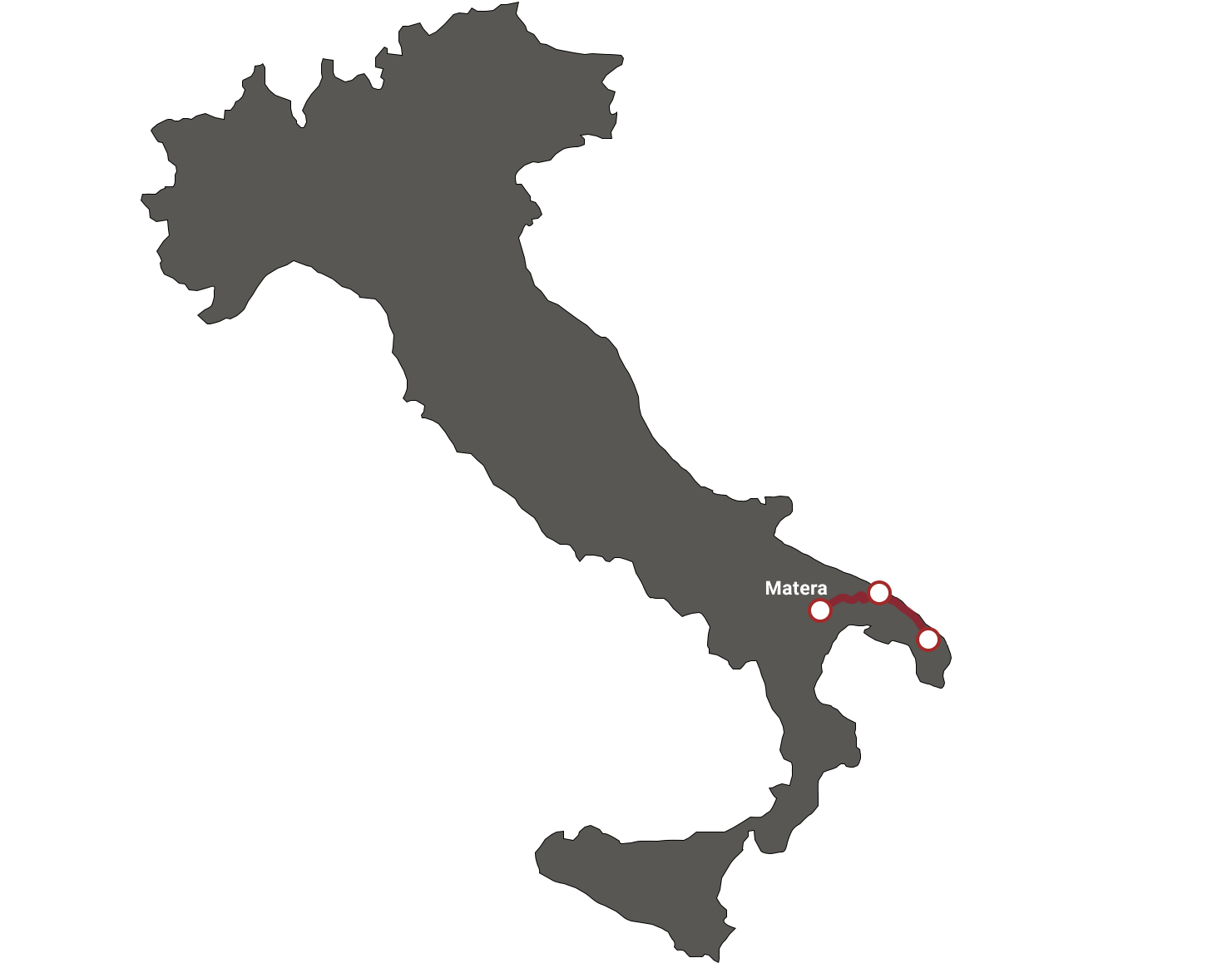 The region of Puglia lies at the heel of the boot of Italy along the sun-drenched Adriatic Sea. Its long and colourful history, that ranges from Norman to Byzantine rule, has resulted in an eclectic mix of architectural and cultural sites. Although it might seem simple, its local cuisine is a delightful focus on fresh local produce, distinct wines, home-made pasta, irresistible desserts and pastries and of course, olive oil. Much of Puglia’s homely charm comes from the openness of its people.

The Path to Puglia commences in the Salento provincia to uncover the beautiful baroque city of Lecce and visit the coastal towns of Otranto and Leuca, where a local fishing boat ride will charmingly cruise you along the region’s varied coastline of golden beaches and rocky cliffs. The journey continues to the Itria Valley, arguably the most popular region in Puglia that hosts a wealth of experiences to immerse yourself into the region’s history and culture. A vintage car ride can take you from the rolling hills to the beautiful coast, while a bike ride through the countryside connects UNESCO recognised monuments to atmospheric hill towns.

En route to Basilicata, home to the UNESCO site of Matera and its ancient sassi or district of cave dwellings, sample local produce in an ancient olive oil mill set among groves of trees that are over a thousand years old, join in a traditional cooking class at a local farmhouse called a masseria, make your own cheese at a local farm, picnic and wine taste among lush vineyards or dine at restaurants that serve the freshest seafood. At Basilicata, relish the unique experience of staying in a cave hotel with the comforts of modern living after a hike through its stunning landscape.

The Eternal City of Rome might need little introduction, but it complements the Path to Puglia perfectly. Alternatively, you could journey to the Amalfi Coast to witness its stunning vistas of ancient fishing villages perched along cliffs that plunge towards the dazzling blue sea. 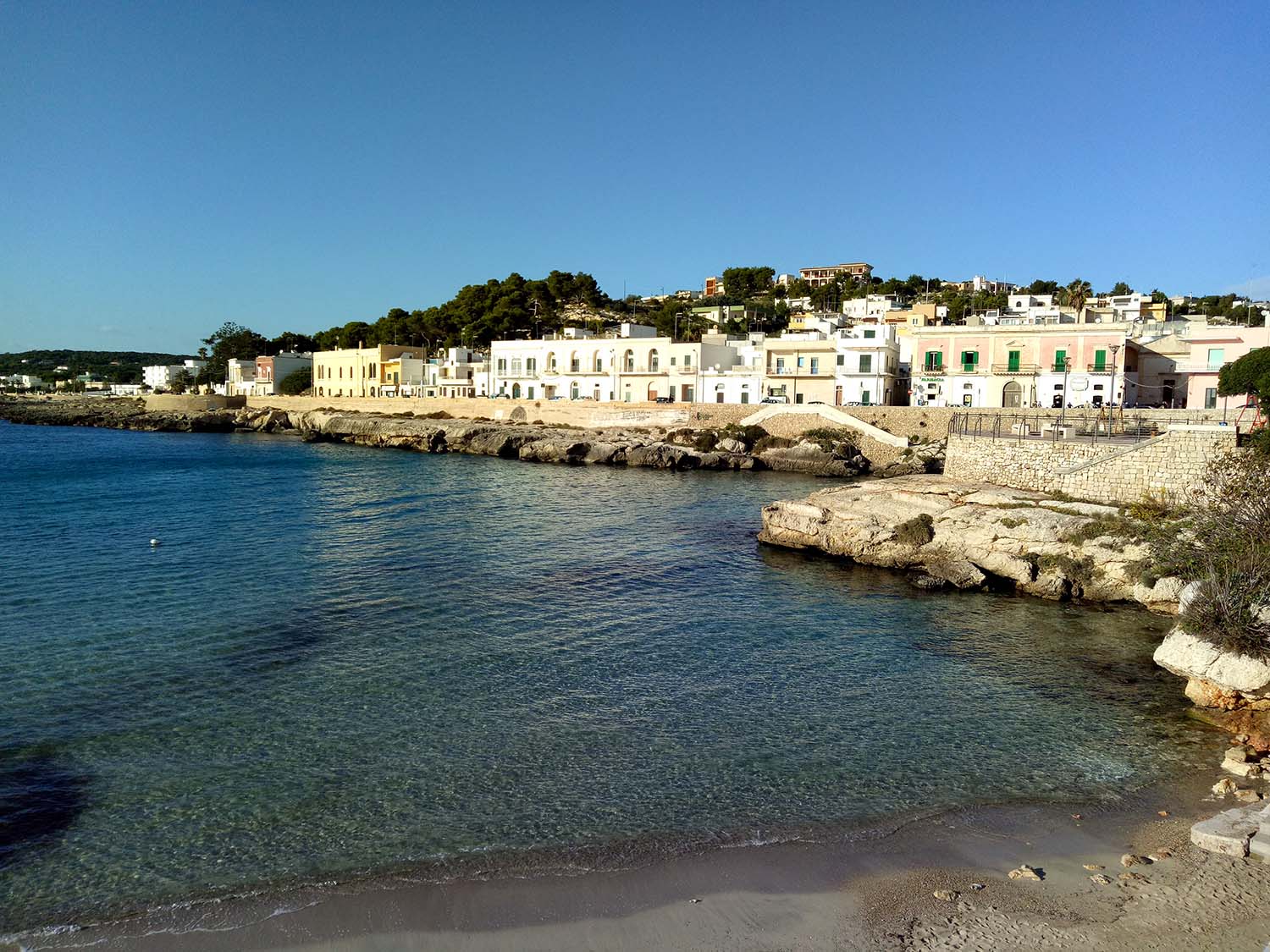 A Scenic Boat Ride
Read More
Cruise along one of the most beautiful coastlines in Italy on a traditional fishing boat. 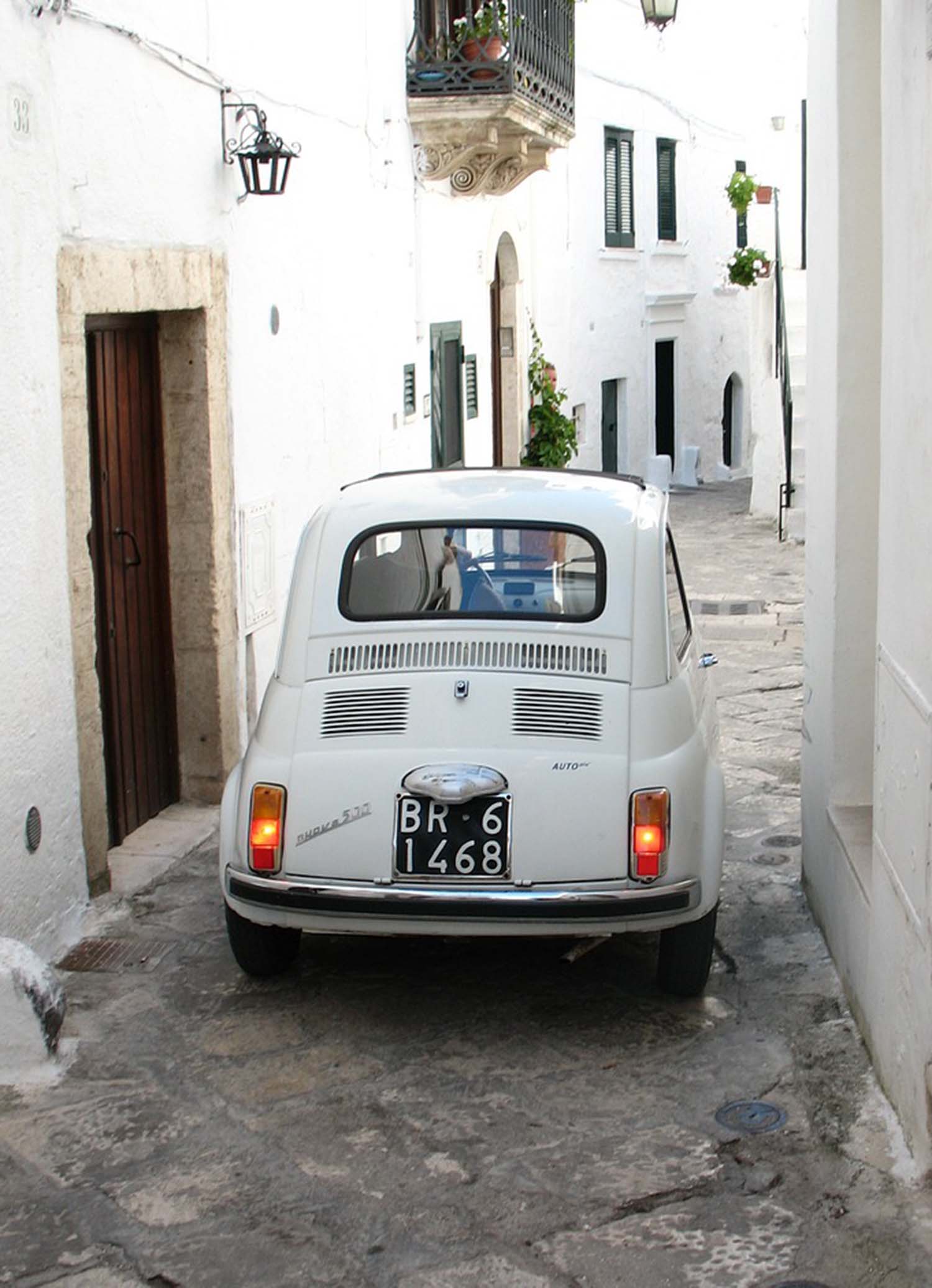 Vintage Car Rides
Read More
Hop into a classic vintage car and take a ride through the Italian countryside. 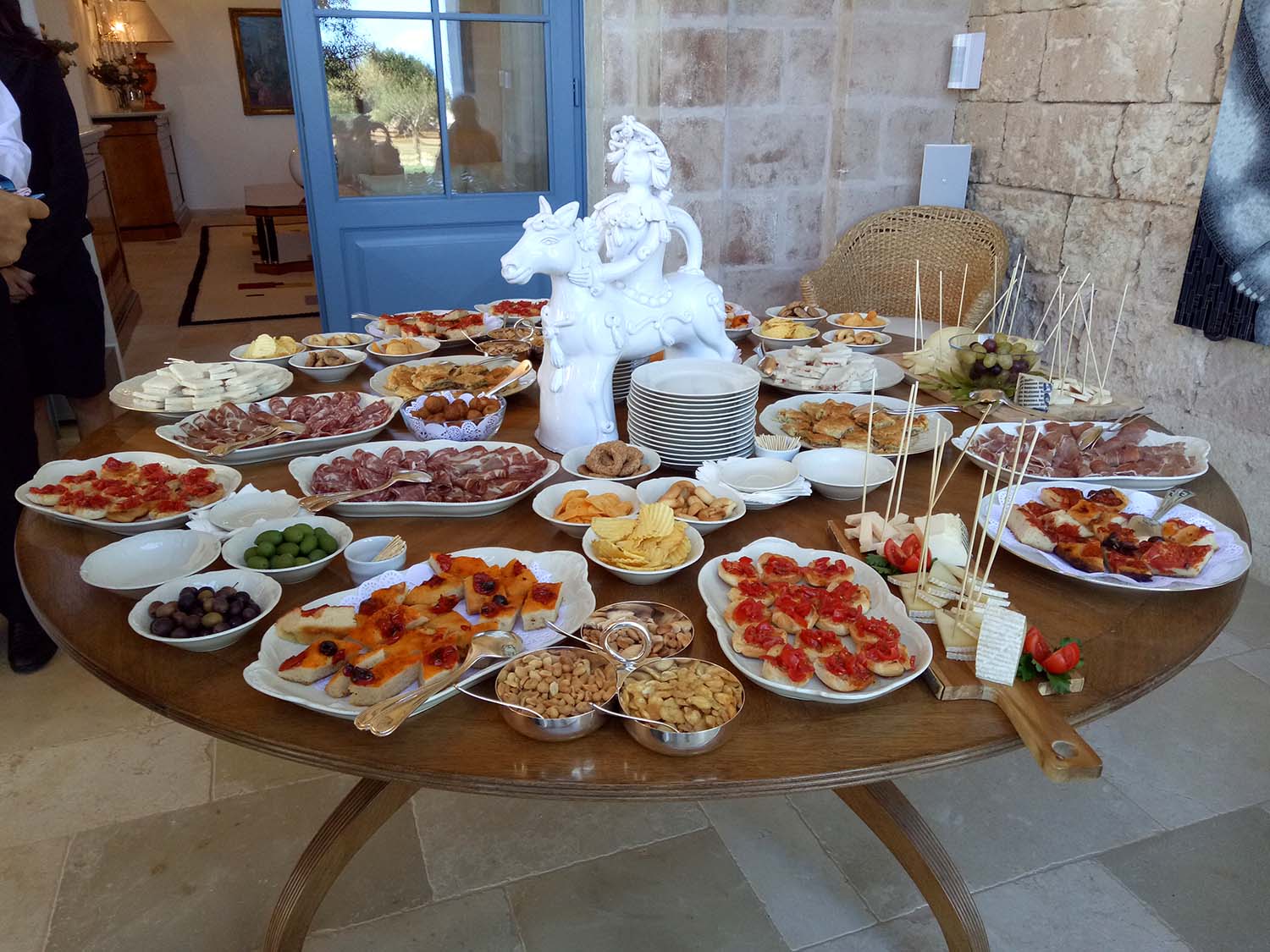 Behind-the-scenes food experiences
Read More
We take you behind the scenes to taste and smell some of the country's finest—celebrated wineries, ancient olive oil estates and artisan cheese farms. 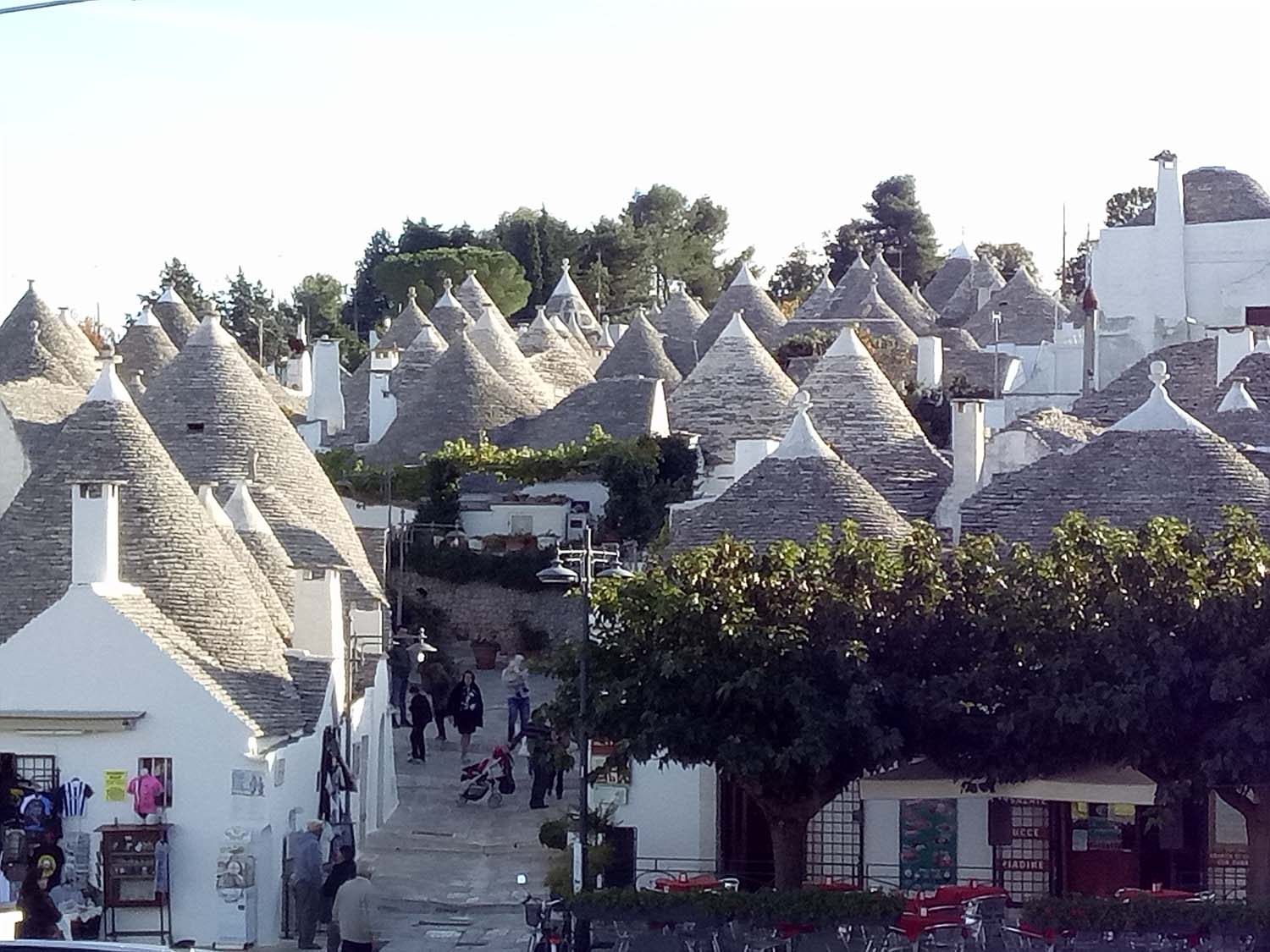 Sleep in a Luxurious Cave Hotel
Read More
Puglia boasts stunning and opulent properties including one built into a limestone cave and offering splendid views onto the deep Gravina gorge. 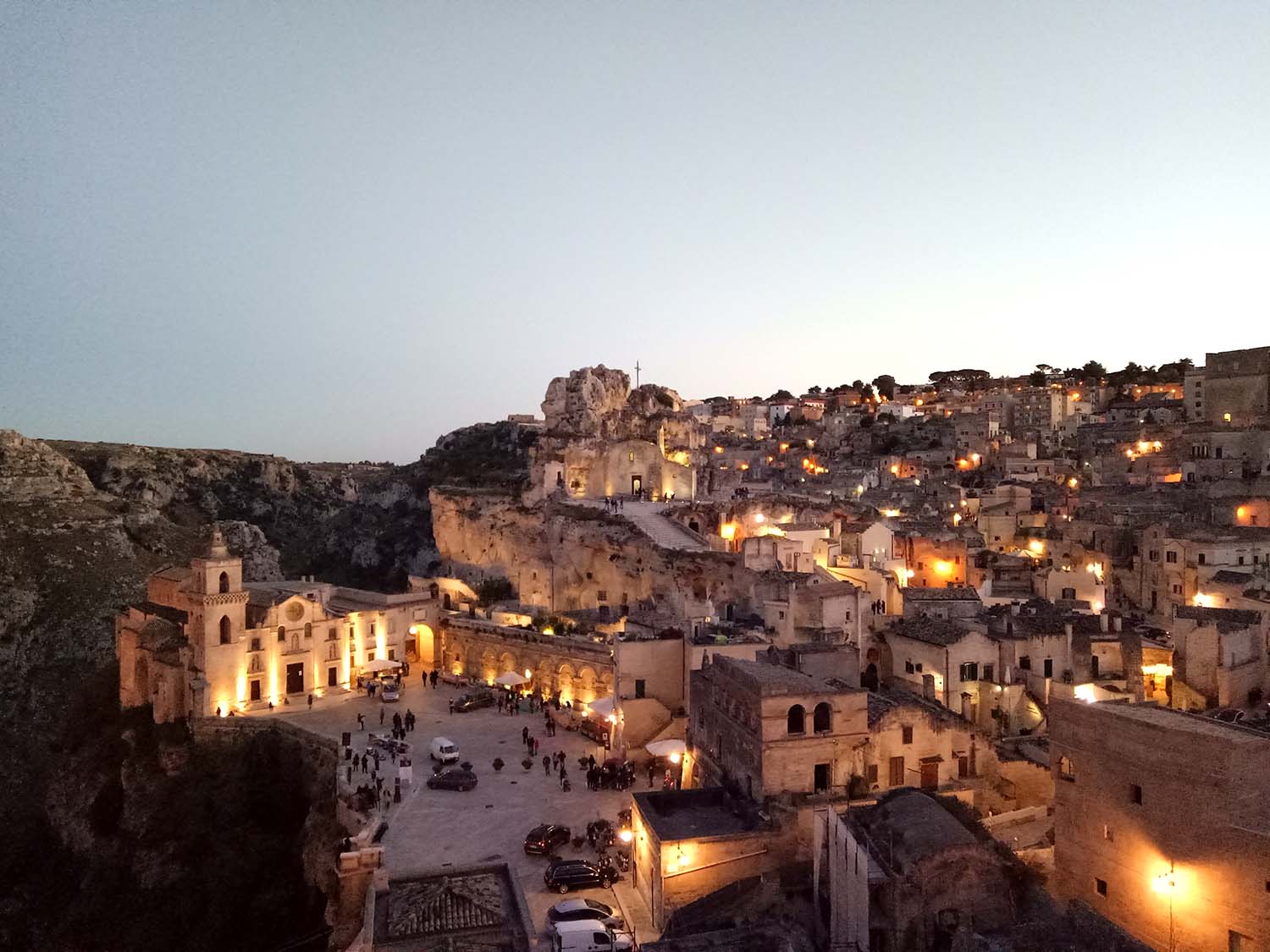 Explore the Outdoors
Read More
Bike ride through the Apulian countryside and hike the gorges of Matera. 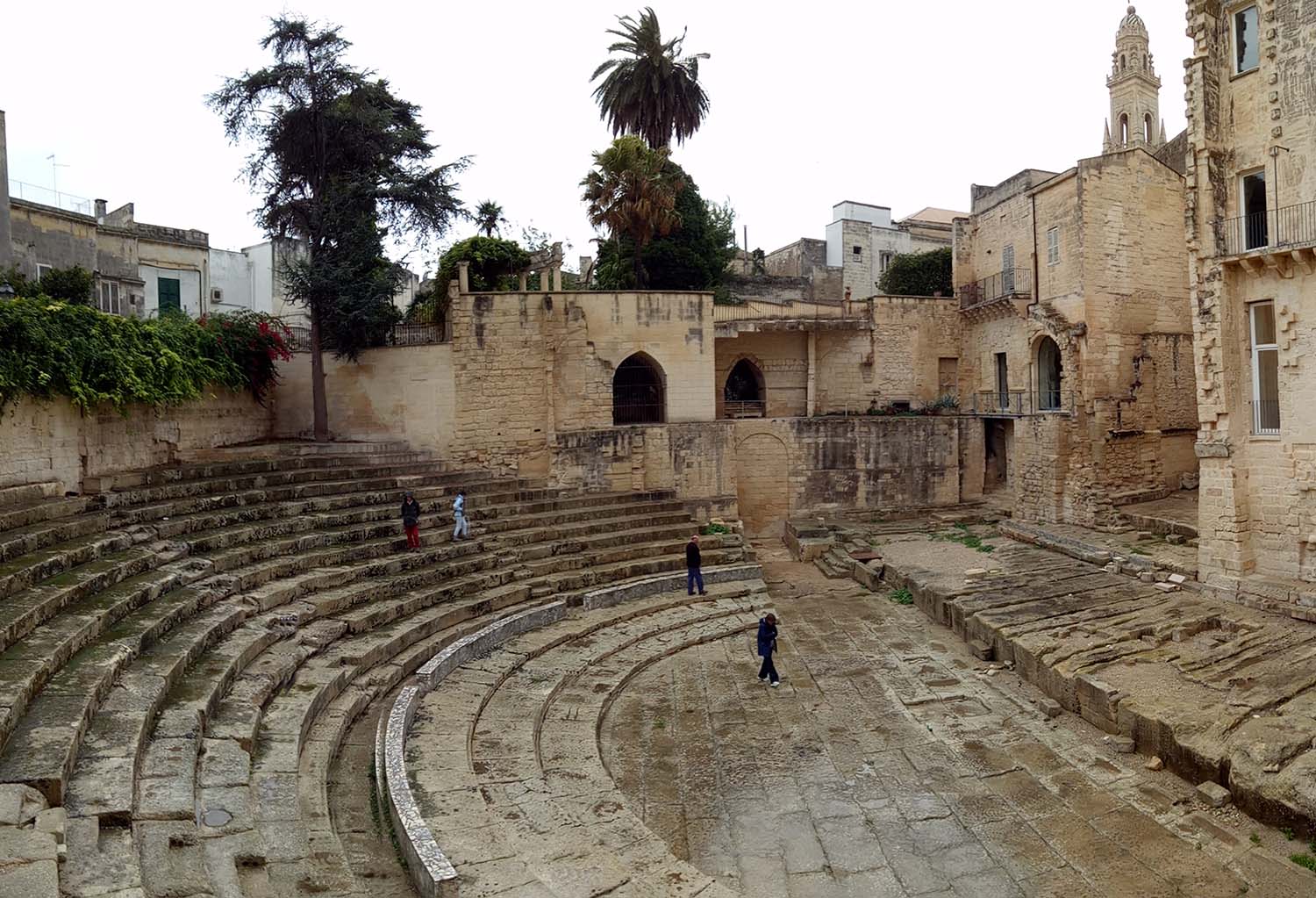 Explore the Cities with a Local
Read More
We tour Puglia's historic cities and discover the ancient villages with an expert local guide to give us insight into the culture.
Previous
Next

An urban resort with only 16 unique guestrooms built around a 17th century private home in the heart of Old Lecce, known for its Baroque architecture and storied past. The interiors features traditional building elements seen in noble homes of the Salento region while Olive trees surround the swimming pool in the sculpture garden.

A boutique hotel set at the summit of Ostuni’s old town, hidden among a labyrinth of striking white alleys dating back to the 14th century. While intimate terraces feature views of endless stretches of olive groves down to the sea and Ostuni’s white rooftops, the elegant Il Cielo restaurant has a Michelin Star and serves a fusion of traditional Pugliese specialites with the modern creativity of Chef Andrea Cannalire.

Inspired by Puglia’s rich traditions, yet thoroughly contemporary in its style, Borgo Egnazia is a true masterpiece of architecture and design. Every detail has been meticulously designed to ensure the highest standards of luxury.

With the lodging carved out of the rock, guests effectively stay inside a cave—but a cave with the comforts of modern living and a stylish regeneration. With much of the history and architecture of Southern Italy’s historic centre preserved, this fabulous hotel allows one to experience the real heritage of ancient Matera from within.