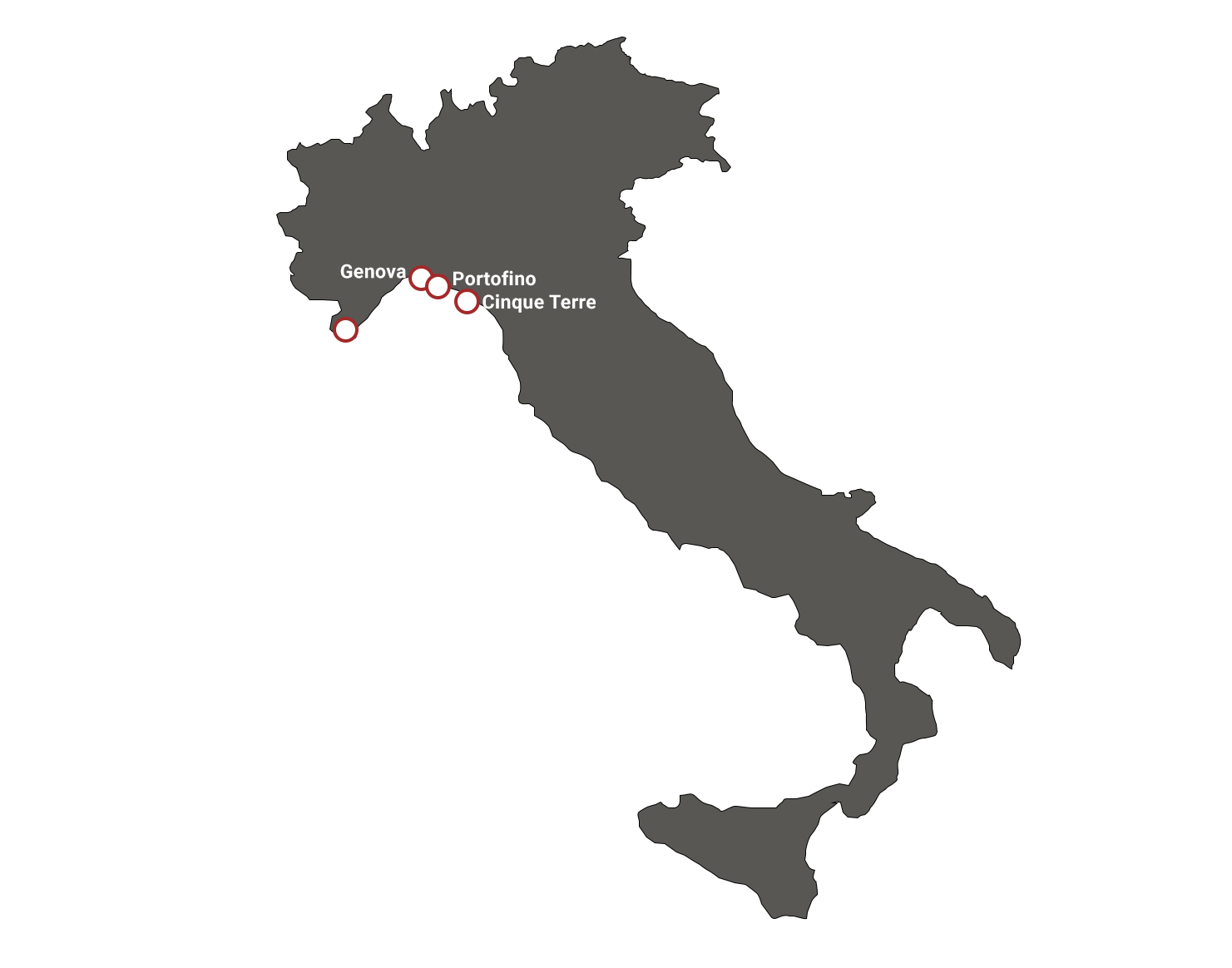 The Cinque Terre is one of the more popular spots, denoting five enchanting little villages that you can hike to. The trail itself is lovely, with ocean views to and tree-lined pathways along the way. Despite the proximity between the towns, each has its own unique character. Four of the five towns boast the charming narrow lanes juxtaposed with old multicoloured houses. Some towns have better swimming opportunities, like Manarola with its deep swimming hole that is popular amongst travellers. The old castles in Vernazza are a draw, whereas Cornigilia’s terraced vineyards leave little to be desired.

Further up the coast, we explore the Ligurian capital—Genoa. Whilst a bustling city, the charm of the country remains with its seaside villas and cobblestone alleys. Local seafood is at its best, as well as the famous Genoese pesto found everywhere from supermarkets to artisanal shops. And even further along the coast lies San Remo, often referred to as the ‘Italian Monte Carlo’ for its wealth of excellent casinos. But more than that is its picturesque marina and an old town filled with quaint museums, churches and sanctuaries. 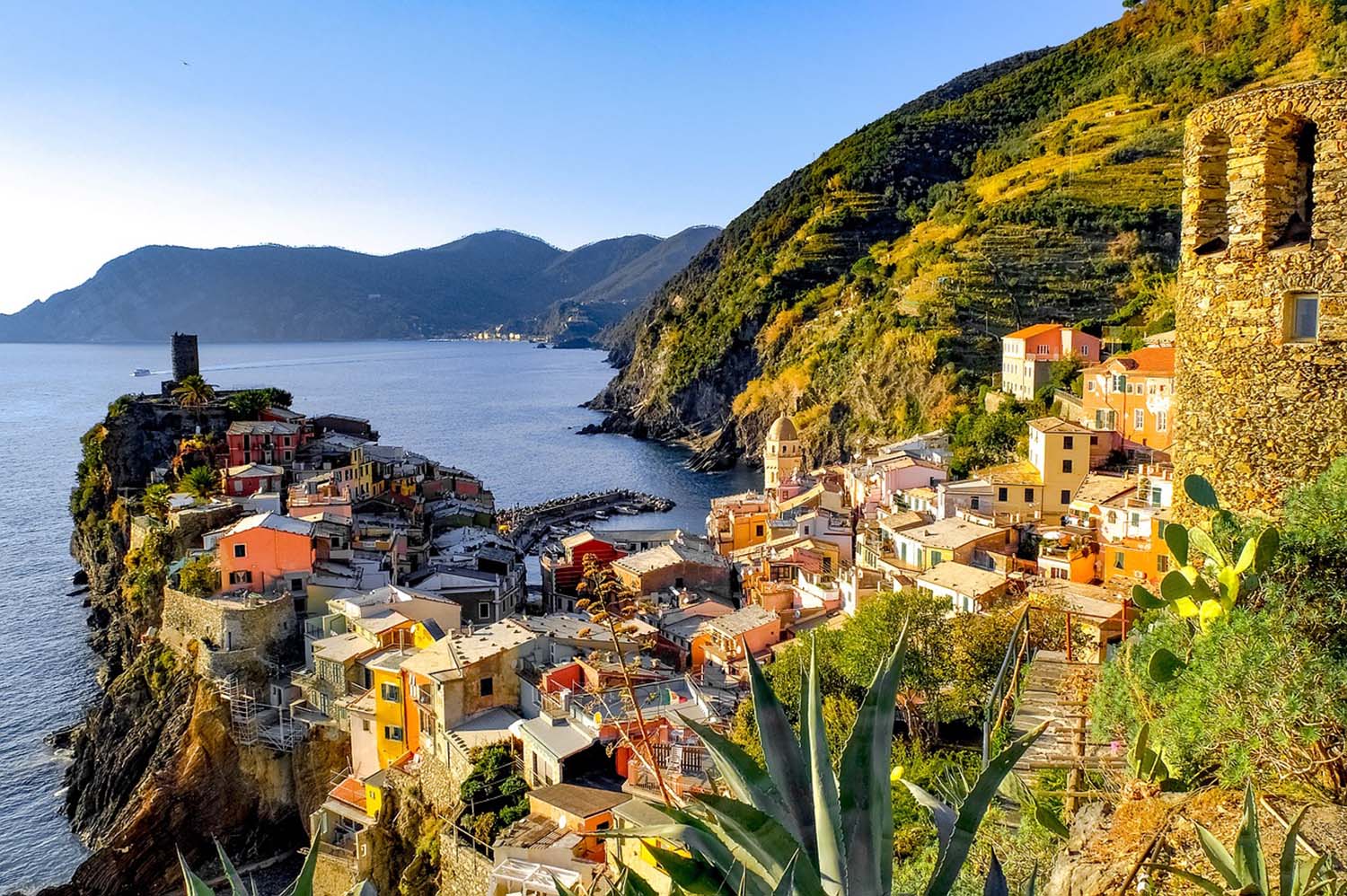 Hike Through Five Towns
Read More
With a clear marked path linking the five towns, we spend a few days hiking from one to the other to explore their charming features. 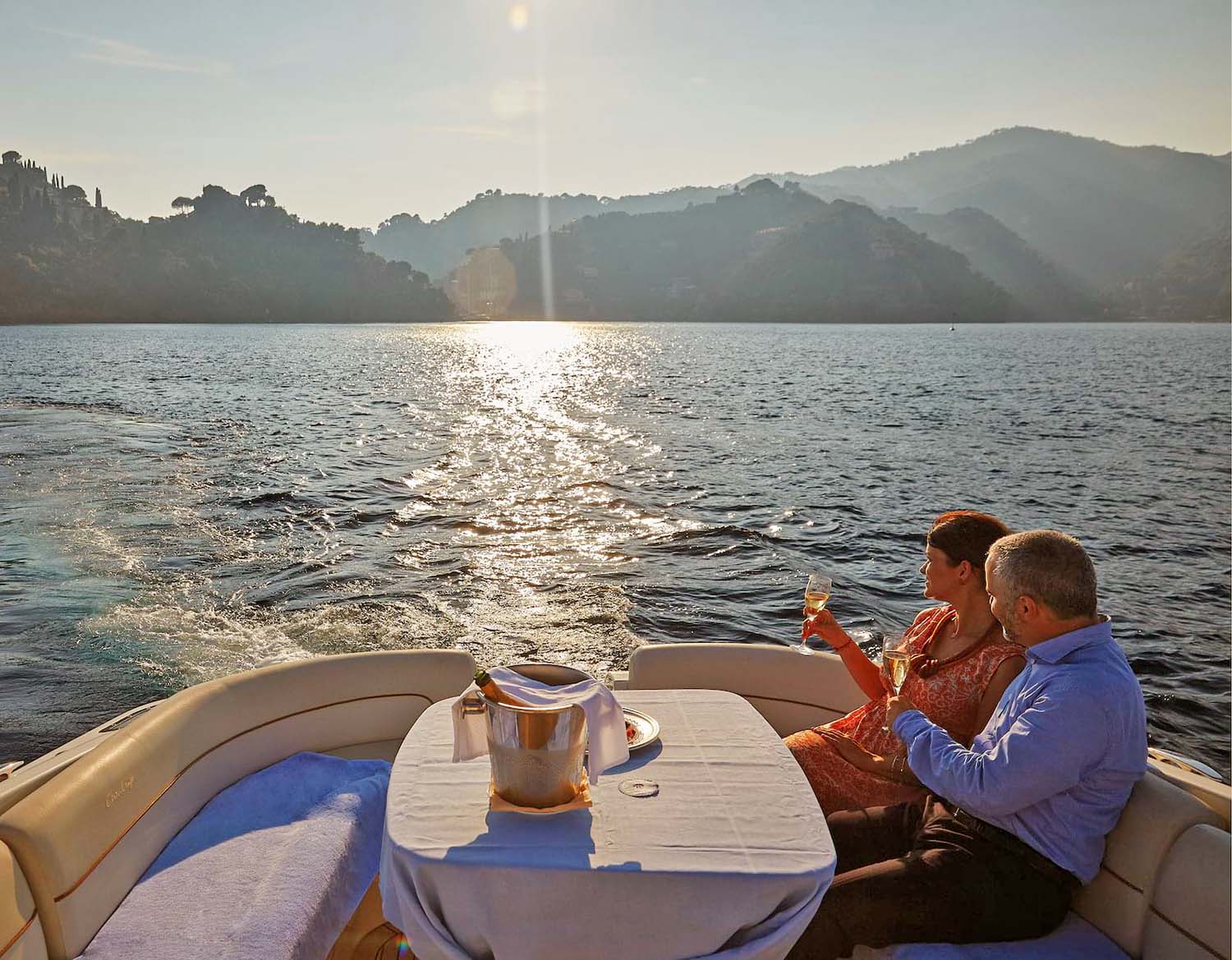 Take a Sunset Boat Ride
Read More
Hop on a private boat and have sundowners watching the sun set across the Ligurian coastline. 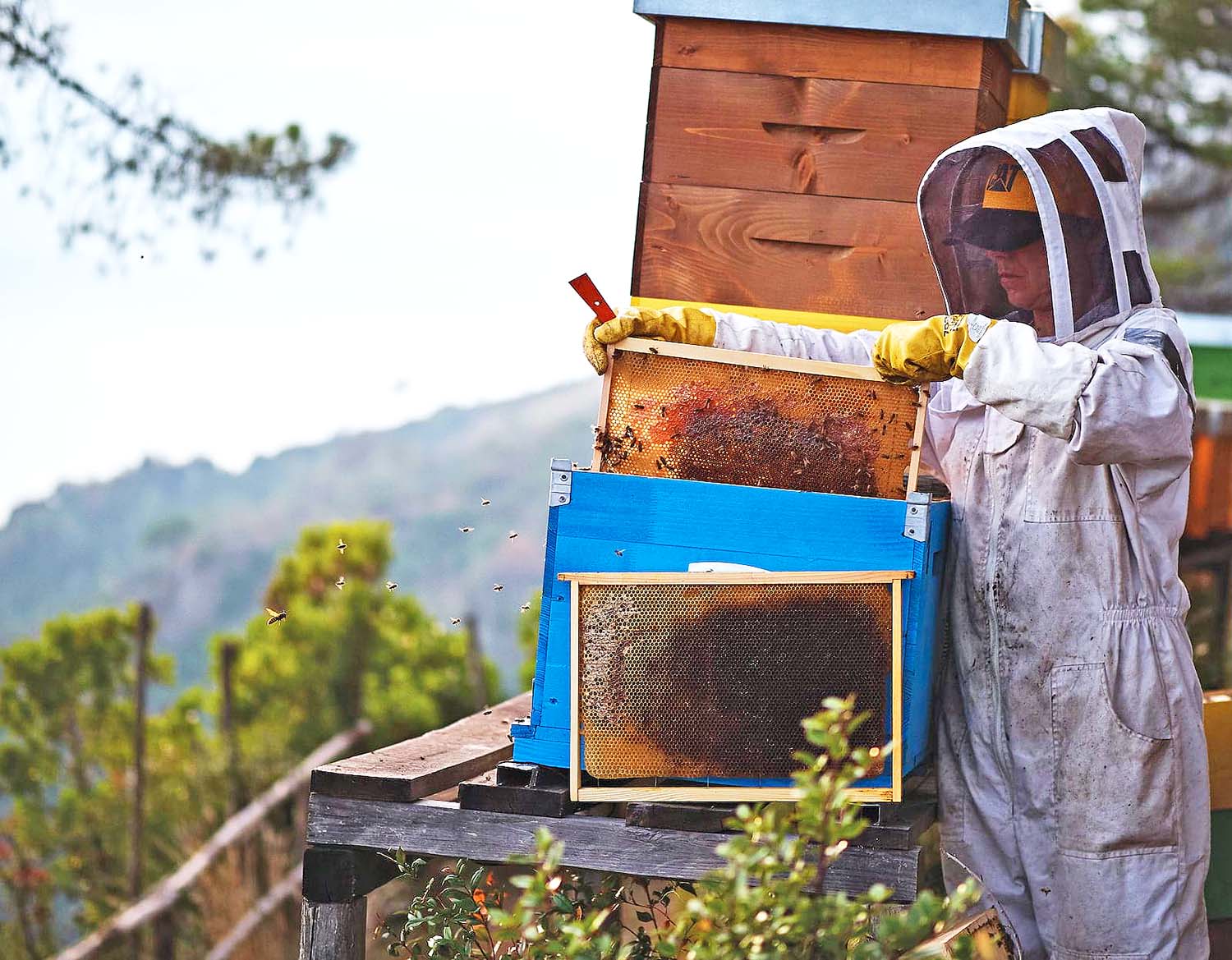 Visit a Honey Farm
Read More
Visit the hop plantation, the apiary and honey lab, and enjoy a delicious picnic with a view. At the secluded Prato Wellness Farm you can practice pilates, yoga and meditation while overlooking the sea. 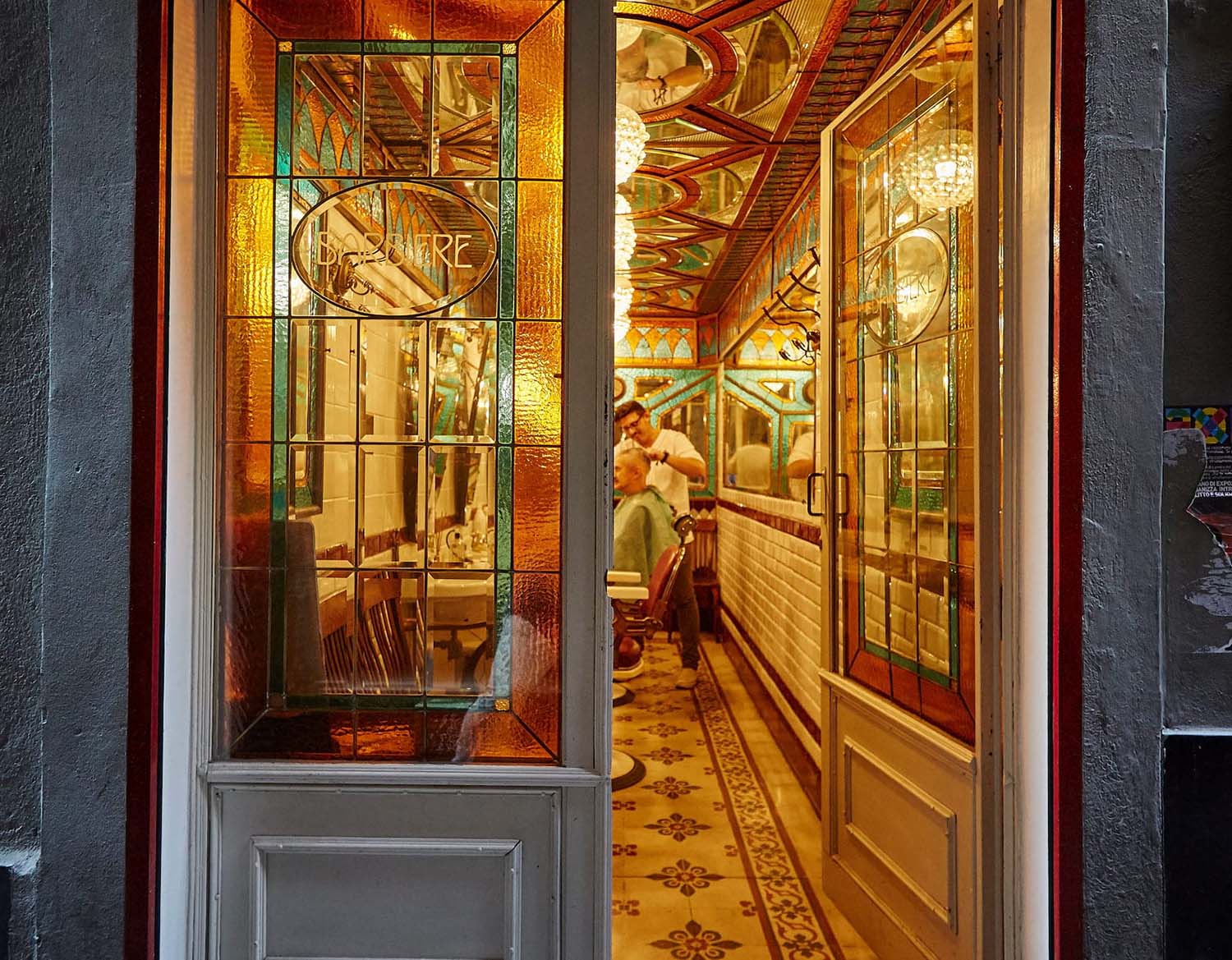 Hidden Gems of Genoa
Read More
Uncover boutiques and workshops off Genoa's beaten path, from a historic barbershop, to a soap artisan to some of the best sweets in town.
Previous
Next

With expansive windows and a large terrace overlooking the sea and the charming village of Portovenere, a stay here is the perfect gateway to the Cinque Terre. Details like the vaulted red-brick ceilings take you back in time, whilst not foregoing the modern luxuries of a fine boutique hotel.

One of the most enchanting hotels in Portofino, we can gaze across the rugged coastline right from the beautiful property. Interiors spell classic Italian design while local dining at its best at both Belmond Portofino properties.

Rooms at the Royal Hotel Sanremo are a lovely blend of modern and classical, with large windows to enjoy the brightness of the Mediterranean sunlight along with breathtaking views over the sea and over the hill: an impressive natural scenery. An attention to detail is highlighted here, from the charming hospitality to the hotel facilities.