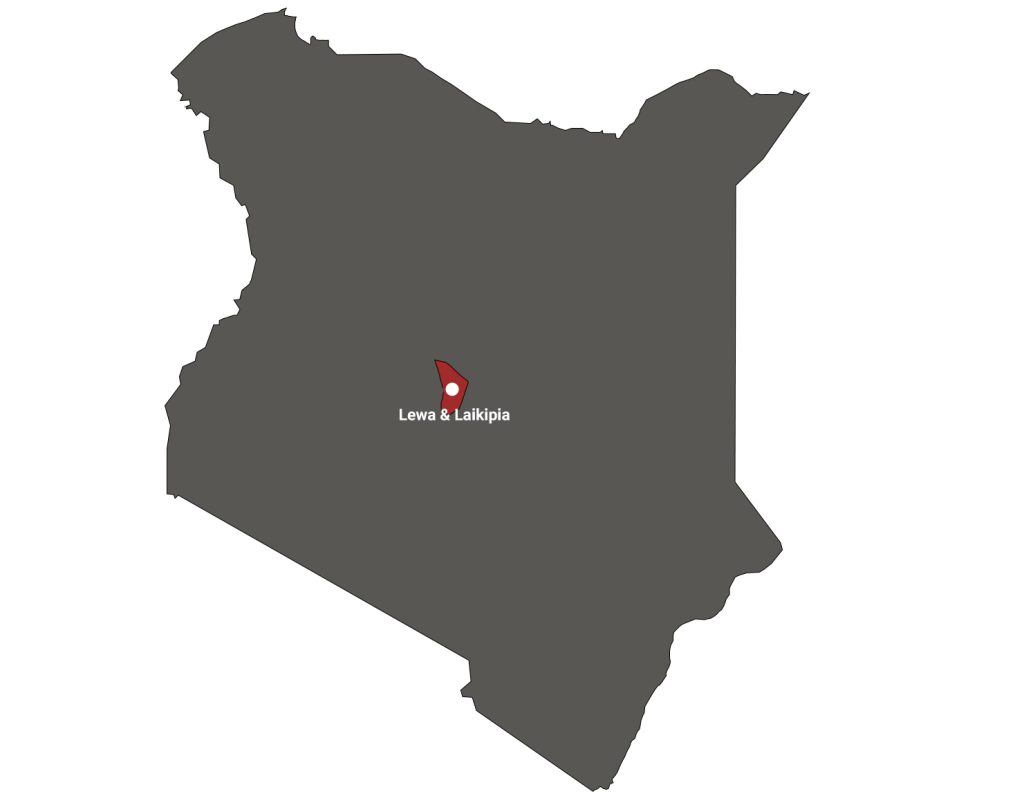 Sandwiched between Mount Kenya and the northern deserts, Laikipia is where Kenya’s wild and semi-arid northern frontier country begins. The region is made up of privately owned and community ranches centred around the Laikipia National Reserve. Known as one of Kenya’s best safari areas, the high plains of Laikipia feature vast open stretches of African savanna scattered with abundant game including: Grevy’s zebras, black rhino, lion, leopard, wild dogs, buffalo and thousands of elephants.

Spanning over thousands of hectares of vast open savannah grasslands in northern Kenya, Lewa Wildlife Conservancy is home to the world’s largest population of Grevy’s zebra. Renowned as a pioneer and leader in responsible tourism, Lewa Wildlife Conservancy actively advances and develops community engagement and wildlife conservation. It has been declared a UNESCO World Heritage Site and serves as an important sanctuary for a large selection of wildlife including the endangered black rhino as well as the white rhino. Boasting one of the highest wildlife densities in Kenya, the park is also inhabited by elephants, lions, buffalo, wild dogs, giraffes, cheetahs, and over 400 bird species. 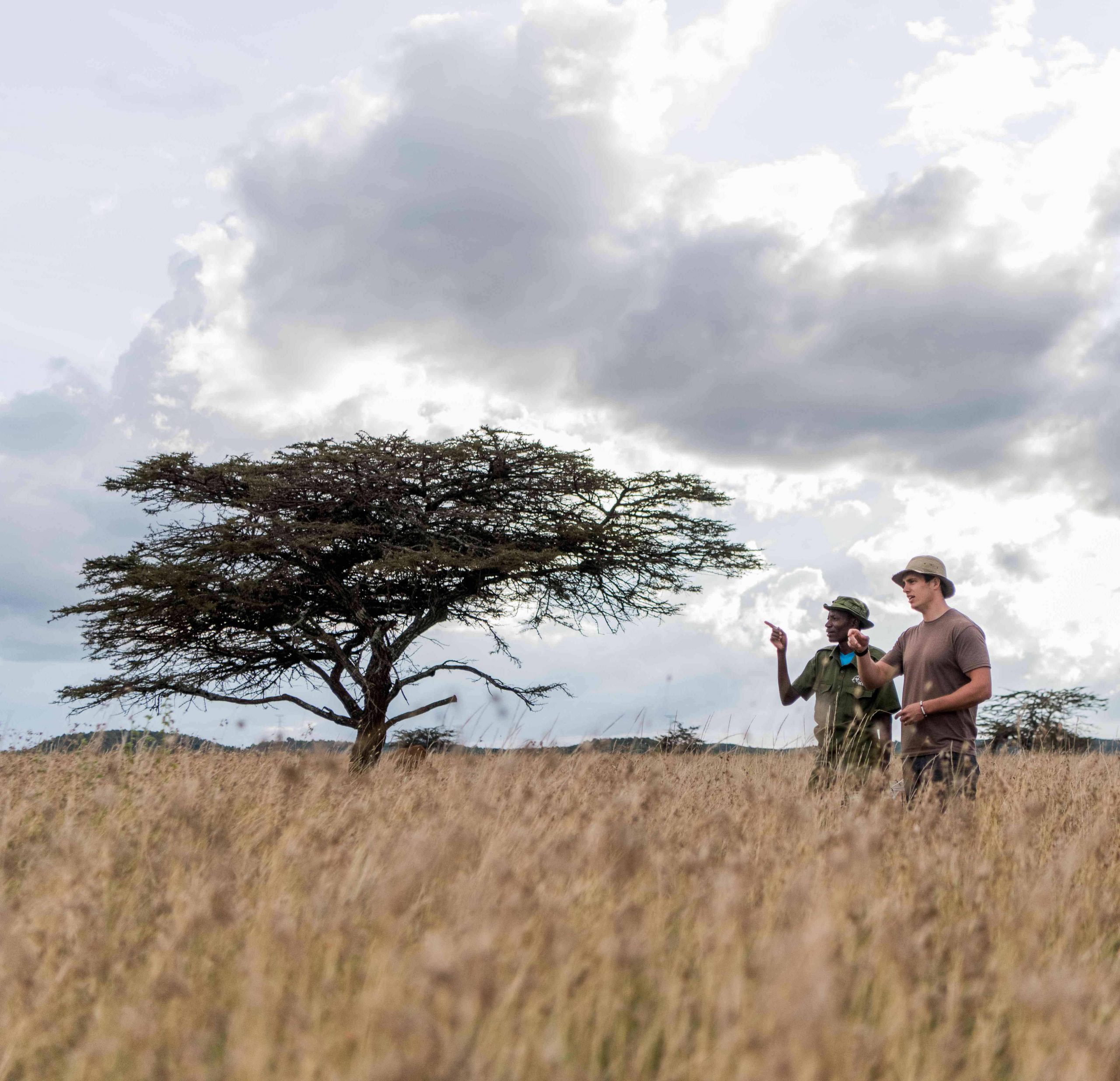 Guided Walks
Read More
Walk with one of our trained Maasai guides to enjoy the environment from a different perspective. 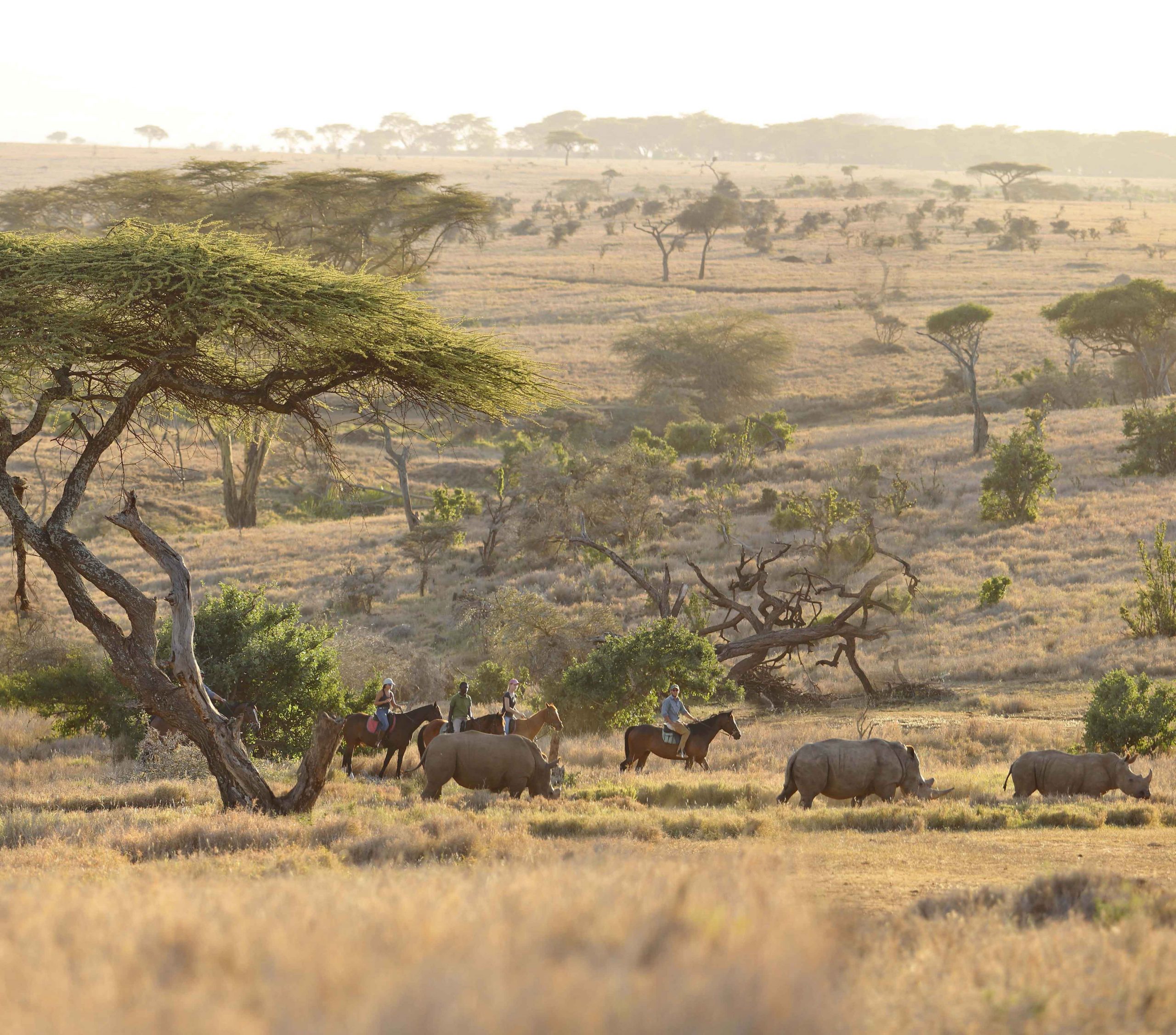 Horseback Safari
Read More
Riding one of the Lewa Wilderness horses allows you to enjoy the wildlife in its most natural form, without the sound of a car engine or the sight of a road – it’s truly quite a privilege. 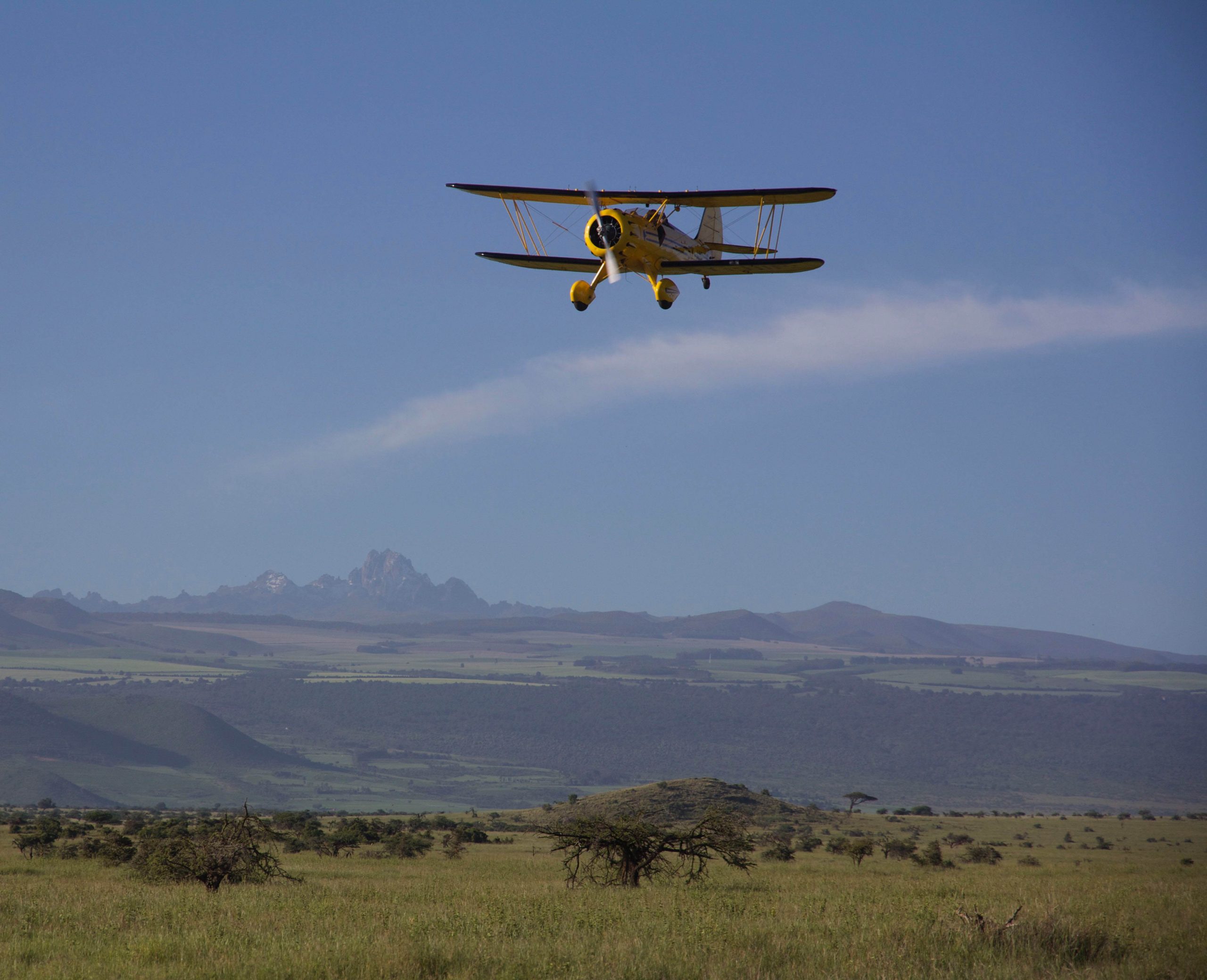 Flying over the Plains
Read More
An opportunity you won’t want to miss – to fly the wilds of Kenya. This is an experience you can’t find anywhere else in Africa. 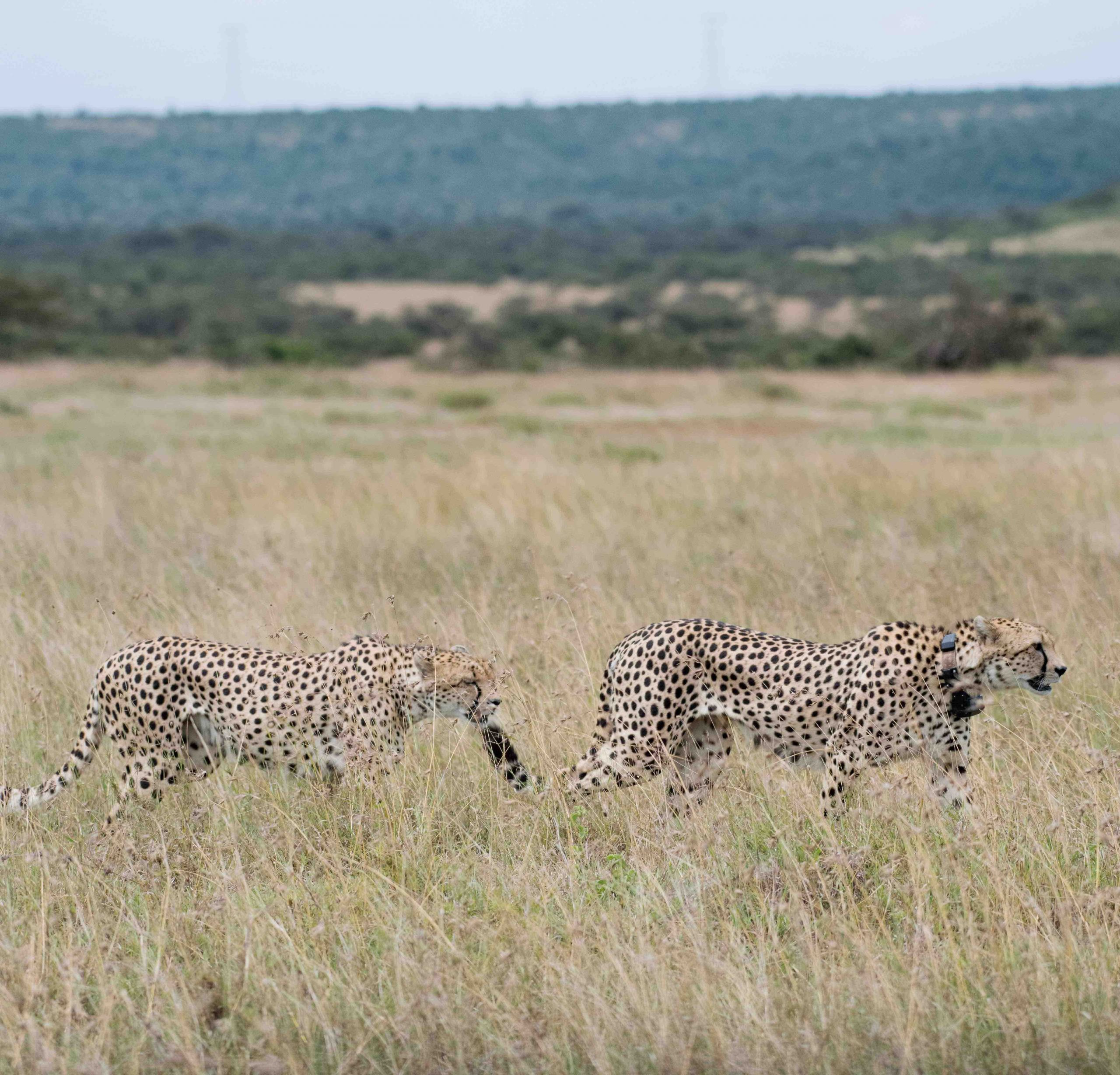 Big Cat Tracking
Read More
Research on predators in the area has seen a cheetah and a lion collared in order to monitor their movements and better understand where interactions occur that can lead to human-wildlife conflict. Head out with the researchers to track these Big Cats and learn more about the work being done to allow pastoralists and wildlife to live alongside each other.
Previous
Next

Perched on the edge of an escarpment, Loisaba Tented Camp is designed to capitalize on unhindered views across Laikipia's mottled landscape all the way to Mt Kenya. All accommodations and main areas enjoy a breathtaking vantage point over an expansive panorama. African-themed sophistication and style is the flavour of Loisaba Tented Camp. Spacious and airy tents are custom-built with large floor-to-ceiling doors and windows, high ceilings and polished wood floors. The tent suites are adorned in chic Africana furniture with a modern European twist.

On the banks of the Ewaso Nyiro River in central Kenya’s Laikipia region is Alex Hunter’s atmospheric Ol Pejeta Bush Camp, the ultimate in Kenyan hospitality and safari excellence. Here you will share your space with the last two surviving northern white rhino in the world. Ol Pejeta’s seven traditional East African safari tents offer an excellent base from which to explore the secrets of this renowned conservancy – from the pioneering conservation projects that have made it famous to spectacular sightings of black and white rhino and the Big Five. Ol Pejeta is the first choice for discerning safari veterans looking for a luxury bush camp and to understand and enjoy the very best of world-leading conservation practice.

Set on a private conservancy, Governors’ Mugie House offers a myriad of activities by which to explore and enjoy its vast open landscapes and abundant wildlife. Perched on a hill are nine individual stone cottages, each with sweeping views of the Laikipia landscape. A large main house with open log fires will host guests for relaxing cocktails and scrumptious meals, prepared from a creative menu with ingredients sourced from our own vegetable garden. An infinity pool offers lovely shaded areas and a casual alfresco dining area, while a waterhole set in front of Mugie House attracts a variety of wildlife with a hide to offer some close encounters.

Lewa House is set on top of a hill with an engaging panoramic view of the rolling landscape of the Conservancy, and overlooks the luggas (valleys) and hills, with the horizon rising to the eye-catching views of the Mathews range and the sacred mountain of the Samburu, Ol Lolokwe. The accomodation at Lewa House is in the form of cottage style rooms which are spread out along the hillside, all looking to the expanse of wilderness to the north.

Situated near the base of Mt. Kenya – Africa’s second tallest mountain – Lewa Wilderness is one of Kenya’s oldest and most private safari ventures. The Craig family has passed down from one generation to the next a distinct passion for wildlife, conservation and tourism, and they proudly continue to run Lewa Wilderness lodge and Walking Wild camel safaris. This place is as much a home as it is a truly unique and personal safari experience.

As a small and intimate family-owned safari lodge, Sirikoi offers unrivalled exclusivity and charm. The four luxury tents, Sirikoi Cottage and private Sirikoi House are perfectly positioned along the spring-fed Sirikoi stream, immersed in nature with wildlife all around. Sirikoi resembles an eco-chic African home and while it offers a sure sense of luxury and high level of service, it manages to be welcoming, comfortable and unpretentious.