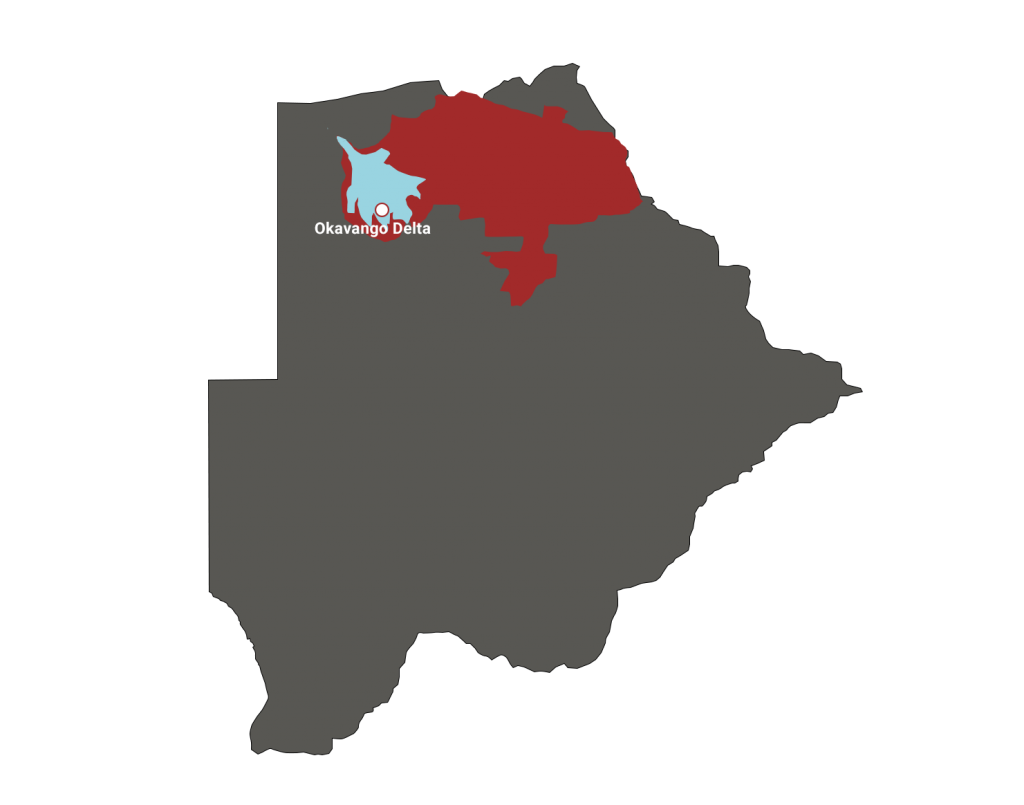 Located in northwest Zimbabwe, Hwange National Park, is the largest reserve in the country, covering an immense 14,650 square kilometres. The park is named after a local Nhanzwa chief, and once served as the royal hunting ground for the Ndebele warrior-king Mzilikazi, before being classified as a protected national park in 1929.

As one would expect of a park of this size, the landscape and terrain varies greatly; from the desert sands from the Kalahari to the west, which give way to open plains, rocky outcrops, forests and mopane woodland. A wildlife haven, Hwange is home to almost 400 species of birds and over 100 species of mammals, including some of the highest concentrations of elephants in Africa, particularly during the dry season from June to October. 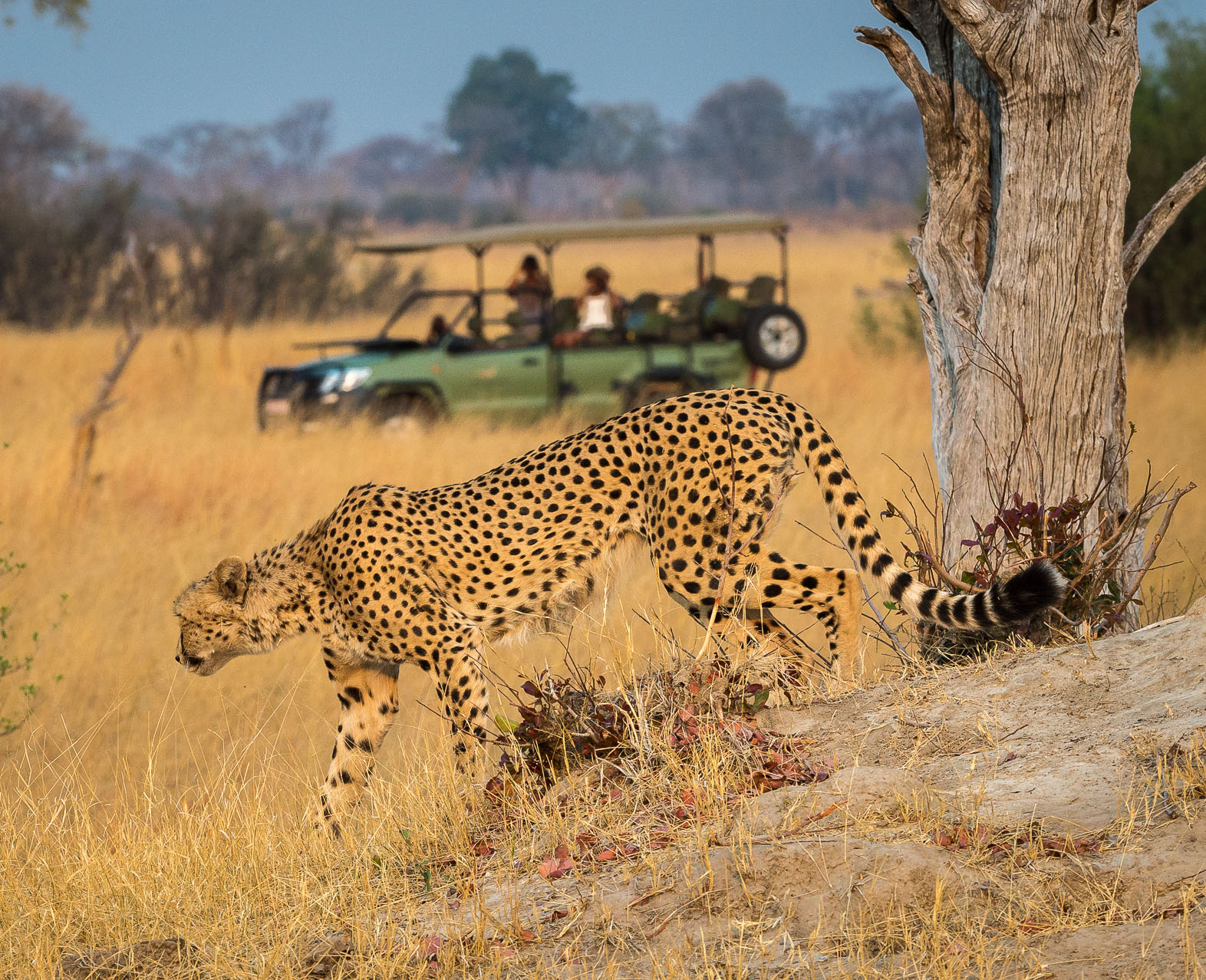 Game Drives
Read More
Hwange National Park is the largest game reserve in Zimbabwe with varied habitats and vegetation, meaning that game drives are exciting with always something new to be seen. 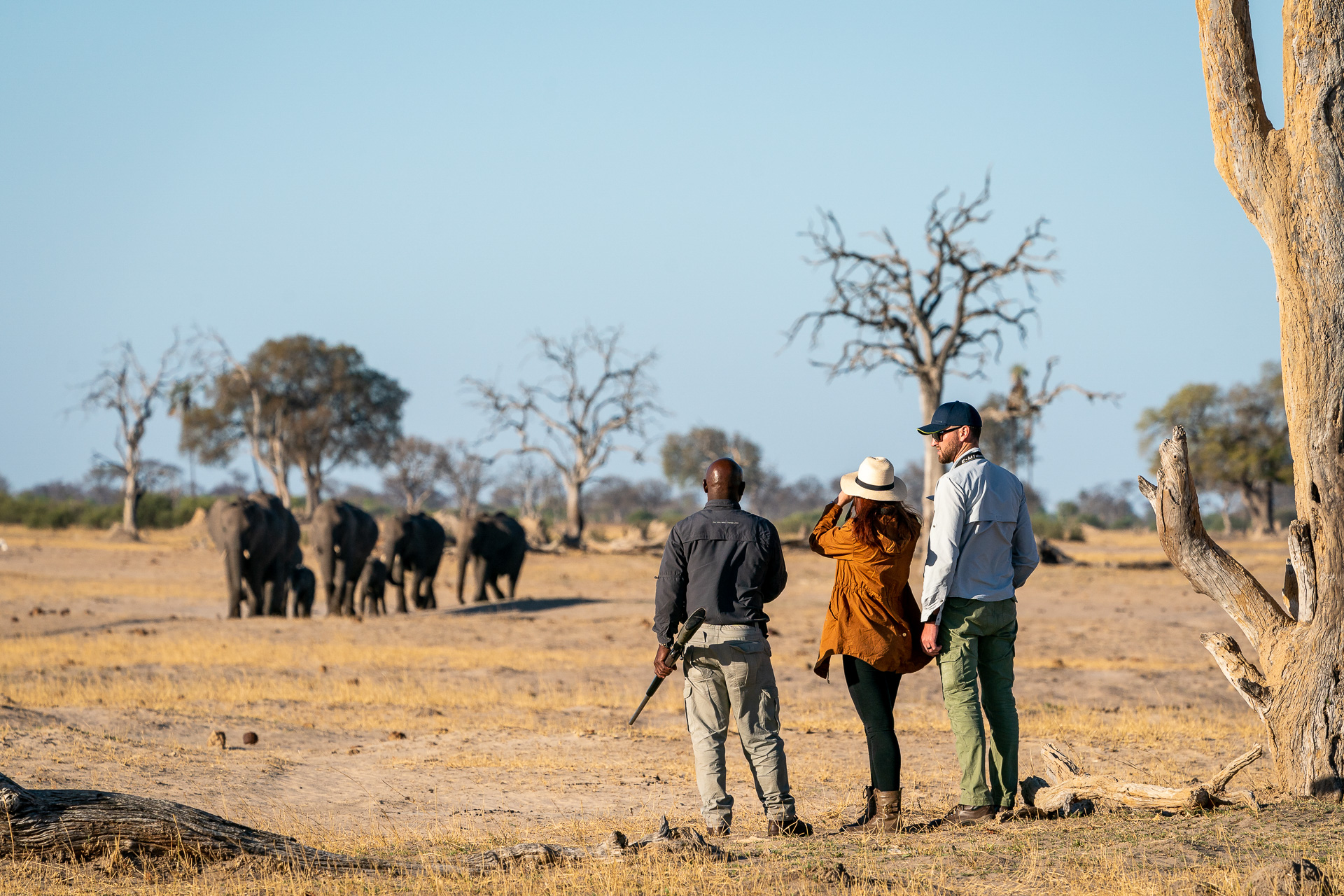 Walking Safaris
Read More
Hwange was proclaimed some 80 years ago and is a haven for one of the densest concentrations of wildlife in Africa. There is no better way to experience Hwange than on foot with an experienced safari guides. 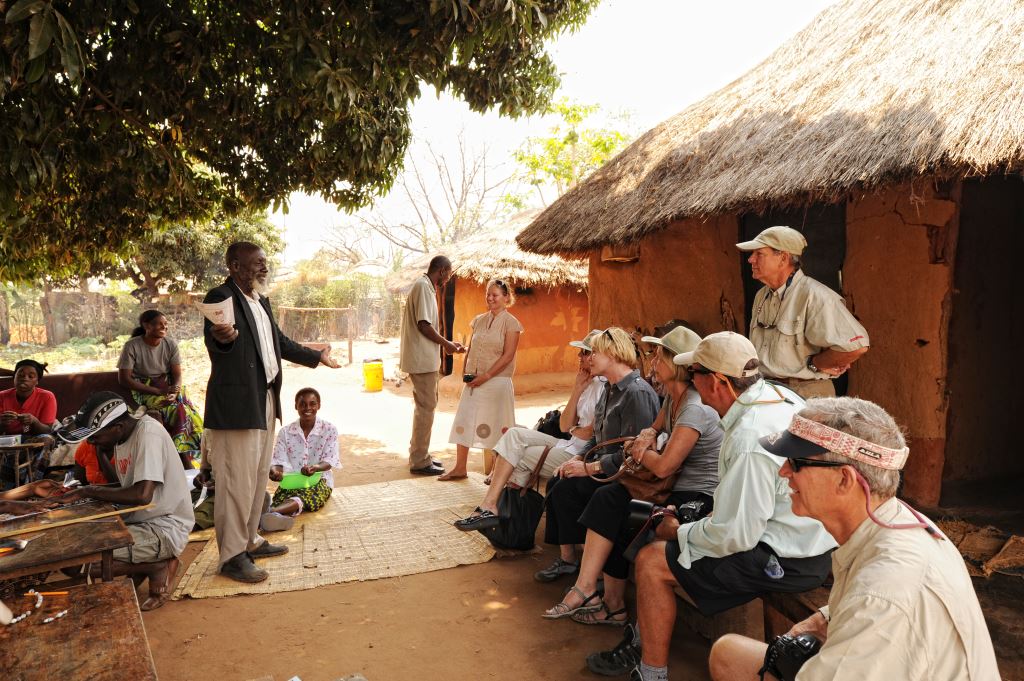 Village Visits
Read More
Accompanied by your guide or a local villager, take a cultural tour of a nearby village to gain a deeper understanding of the country and its people. It is always an inspiring seeing how these rural communities can be empowered through sustainable community initiatives.
Previous
Next

Set on an island of acacia trees along the edge of an ancient seasonal floodplain, Somalisa Camp provides breathtaking views of the savannah plains across the famous Kennedy Vlei line. Seven luxurious, elegantly furnished, sailcloth tents are infused with natural wood and organic features of the bush, paired with modern decor influences to create an authentic contemporary African style. Somalisa is famous for its up-close encounters with elephants - at the edge of the main area's expansive deck sits an elephant pool regularly frequented by elephant herds, a real highlight.

Nestled under a grove of acacia trees in the heart of Hwange National Park, Somalisa Expeditions is an exact replica of the original Somalisa Camp, with just six Meru-style tents offering a traditional safari experience which capture the ambiance of an authentic mobile camp but with all the creature comforts and contemporary touches. The common areas are set more closely to the ground, providing a much closer connection to this expansive wilderness.

The luxurious Linkwasha Camp lies in a private concession in the enormously productive south-eastern corner of Hwange National Park. Situated on the edge of the famed Ngamo Plains, the camp looks over a magnificent plain and a pan that is a magnet for wildlife year-round and especially during the dry winter months.The fresh, open and airy design of the camp is complemented by an eclectic mix of contemporary interiors. Eight sumptuous en-suite tents offer incredible views, while the main area overlooks the prolific waterhole.

Davison's Camp is located in the private Linkwasha Concession – one of the most prolific wildlife areas in Hwange National Park. Named after the founder of Hwange and its first warden, Ted Davison, the camp overlooks an extremely productive waterhole that attracts a variety of wildlife. Game drives and nature walks explore the private concession. Resting beneath the ancient false mopane trees of Davison’s, nine bright and airy tents are comfortably furnished and enjoy lovely views overlooking the busy watering hole.

Little Makalolo lies in one of Hwange’s most ecologically-diverse areas, ensuring both variety and quantity of wildlife. A large number of waterholes attracts game from far and wide, and with one in front of camp, wildlife activity can even be enjoyed from the pool, breakfast table or even from the camp’s log-pile hide. Six stylish canvas and wood tents are connected to the main area by teak walkways, where a towering false mopane tree shades a separate dining and living area with views of the much-frequented waterhole.