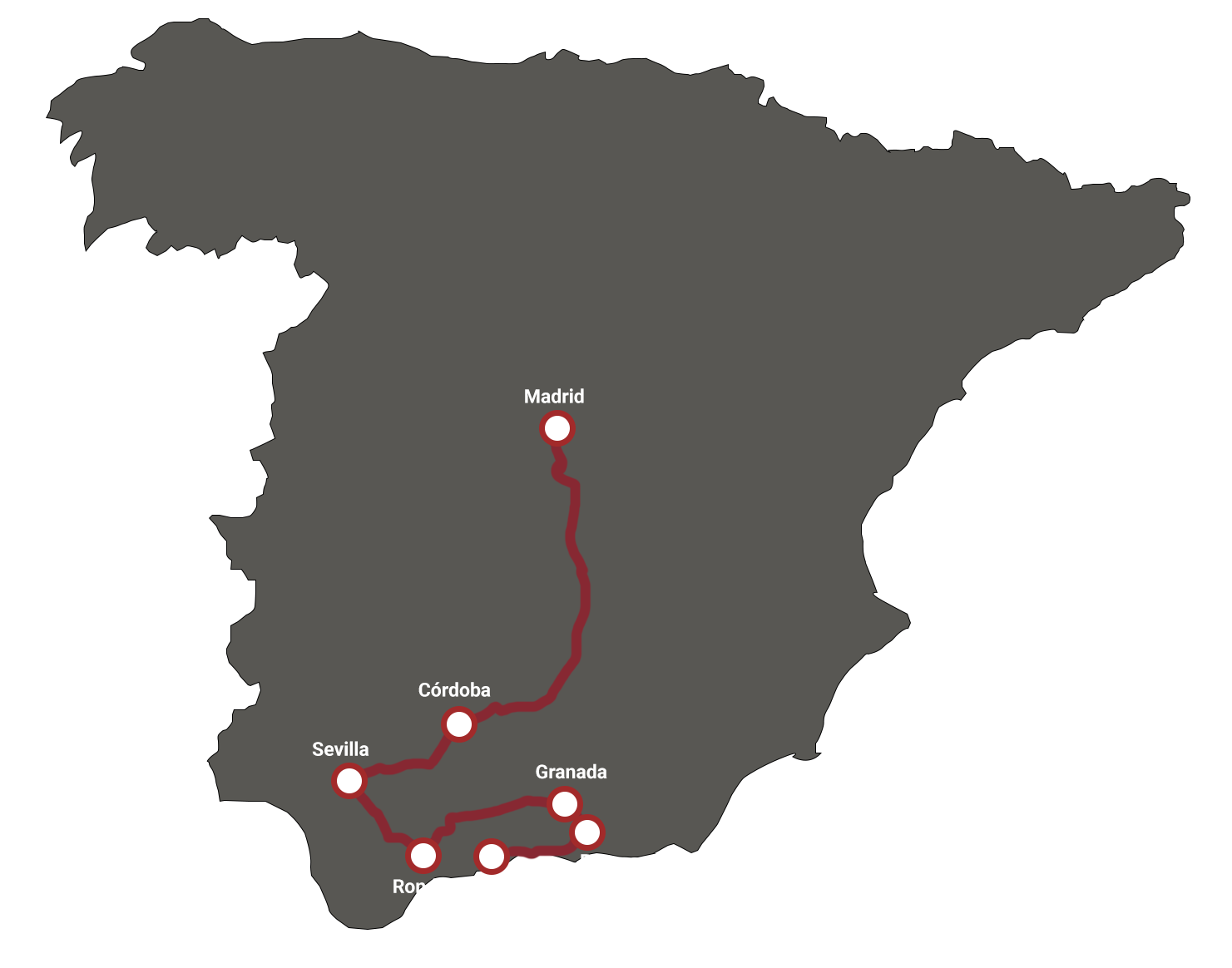 Famous for architectural marvels, lively fiestas, flavourful cuisine, and cities steeped in history, this is Andalusia, a large region bordering Spain’s southern region. We follow the footsteps of the country’s past monarchs and the Moorish sultans through old cities, ancient medinas, whitewashed towns, remarkable Gothic cathedrals and Moorish Palaces.

We stop in Granada, home to the strikingly beautiful Alhambra and the Generalife country estate. From here, just an hour and a half drive away is the Alpujarras, secretly nested in the corner of Spain. Find the most charming mountain villages showing rural life as it was lived over the centuries—this ravishing range of valleys and hills across the snow-capped peaks of Sierra Nevada is printed with several lovely trails that trace through orchards and farmed terraces, wooded forests and mountain streams.

We pass by the birthplace of Spain’s art master, Picasso, in the port city of Málaga, where we also explore some of the most gorgeous beaches in the country.

In the charming city of Seville, we uncover its three beautiful UNESCO World Heritage Sites—the Seville Cathedral, Real Alcazar and Archivo de Indias. Wander the streets of Triana, the most famous neighbourhood in town.

Capping off our journey, we are northbound towards Madrid, stopping by Córdoba where we discover the strong remnants of the town’s Moorish past. The city is nested on a sharp bend of the Guadalquivir river, and has a deep-rooted history having served as the capital of the region during both Roman and Moorish periods. The Mezquita is the highlight here, alongside the Jewish quarter. 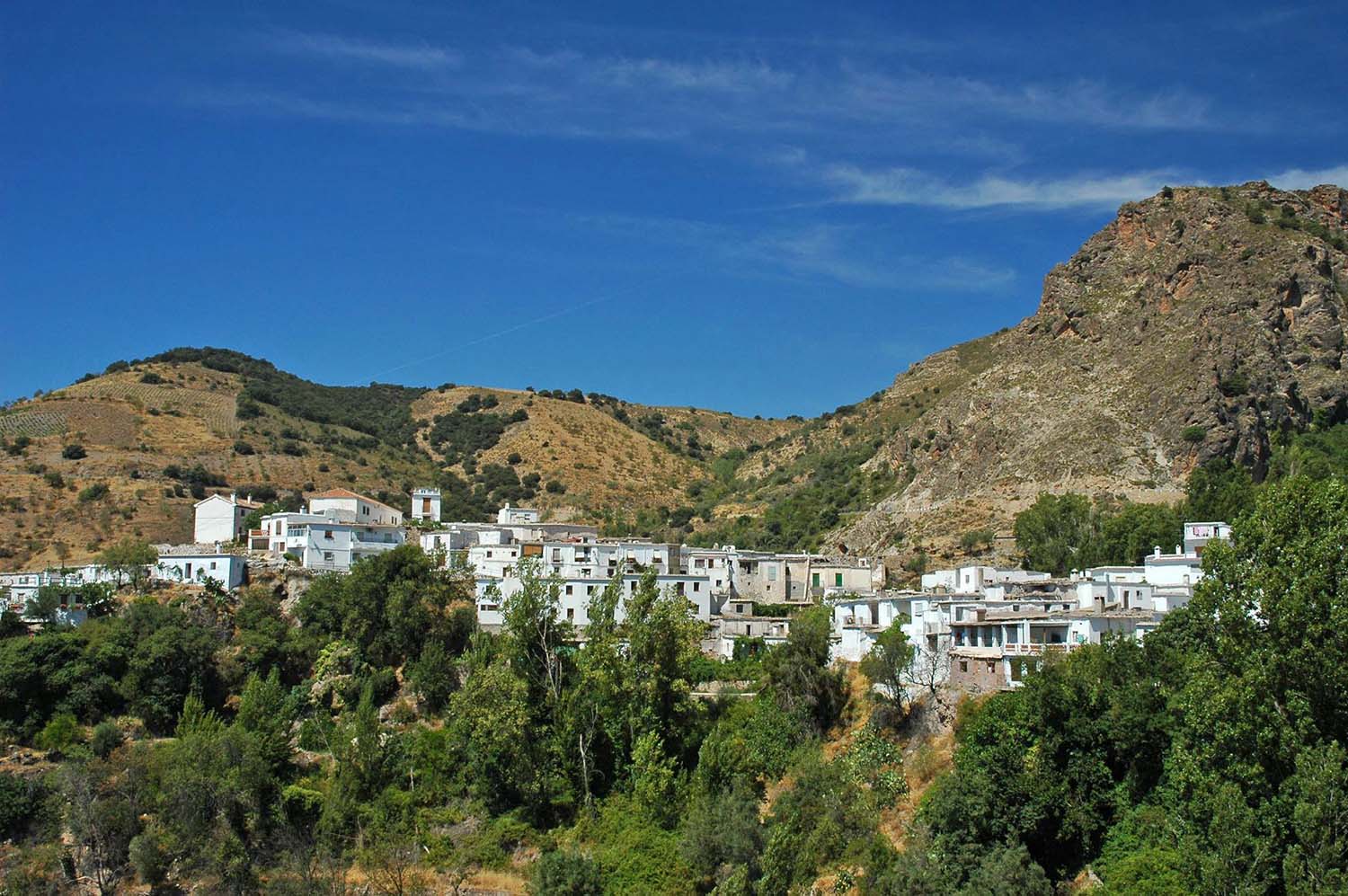 Trek the Alpujarras
Read More
Hike the beautiful trails that connect through three white mountain villages, stopping along the way to take in the expanse, at times extending as far as the Mediterranean. 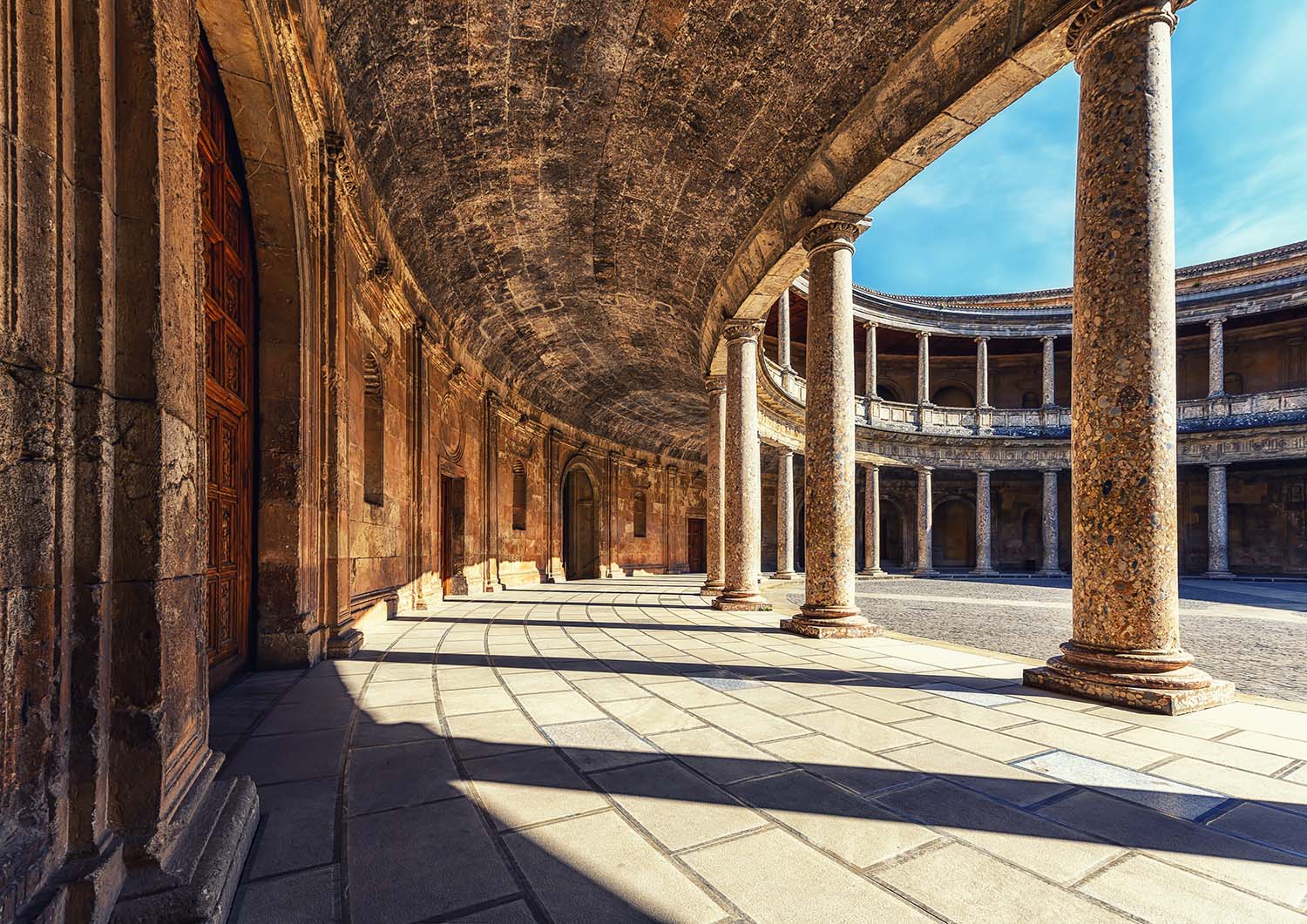 Get lost in the Alhambra
Read More
This magnificent palace complex is the most impressive of constructions built by hand. We take our time wandering through its spaces and across the manicured lawns. 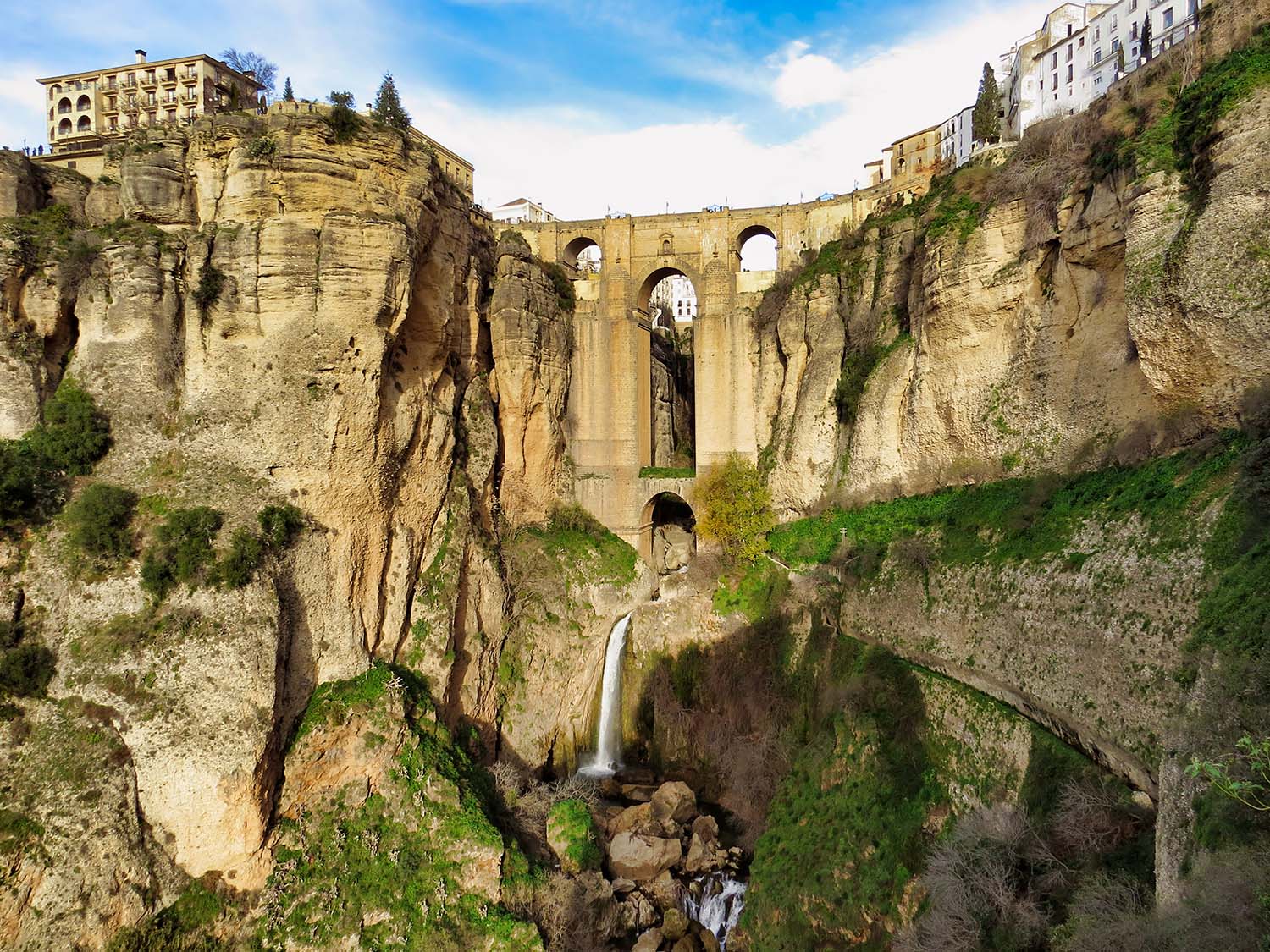 A Look Around Ronda
Read More
Walk along Puente Nuevo—the newest and largest of the three bridges over the Guadalevín River. The bridge also acts as a divider of the city of Ronda, the town’s charming park, the views of the Tajo and the famous bullring. 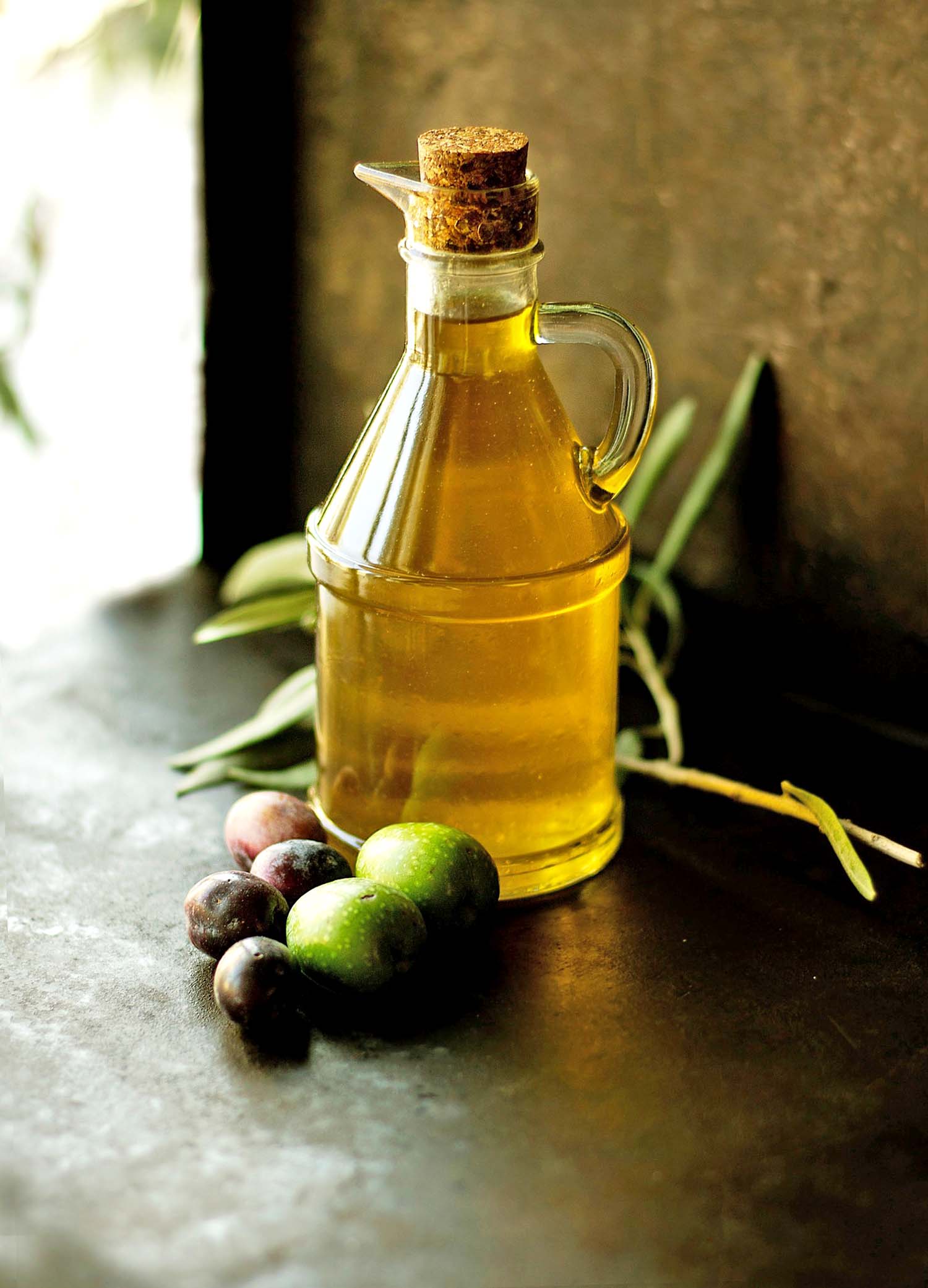 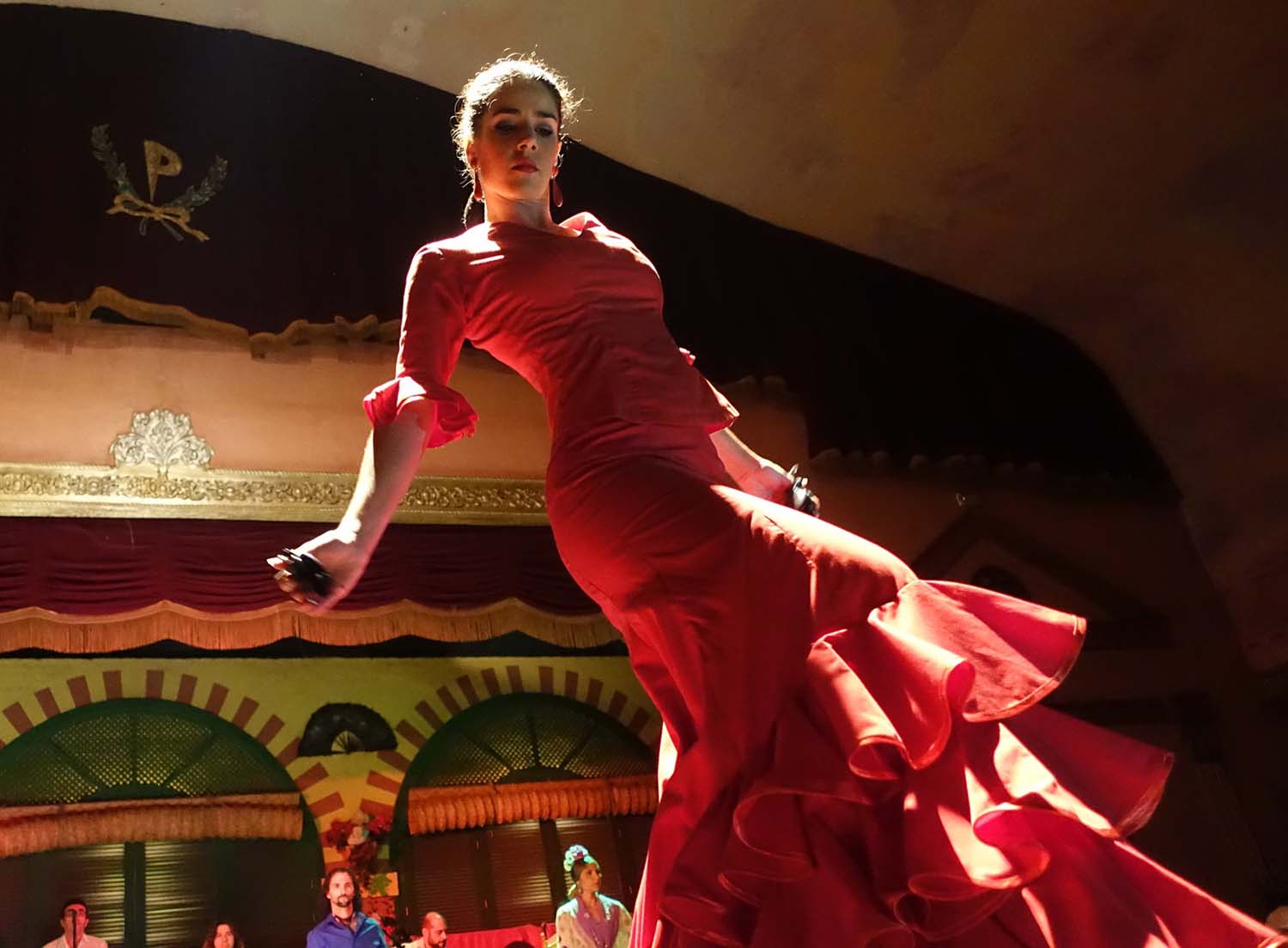 The Spectacular Flamenco
Read More
Watch and listen as the tablao (wood board) placed on the floor becomes alive as a flamenco dancer spins, twists and taps upon it. A mastery of dance not to miss. 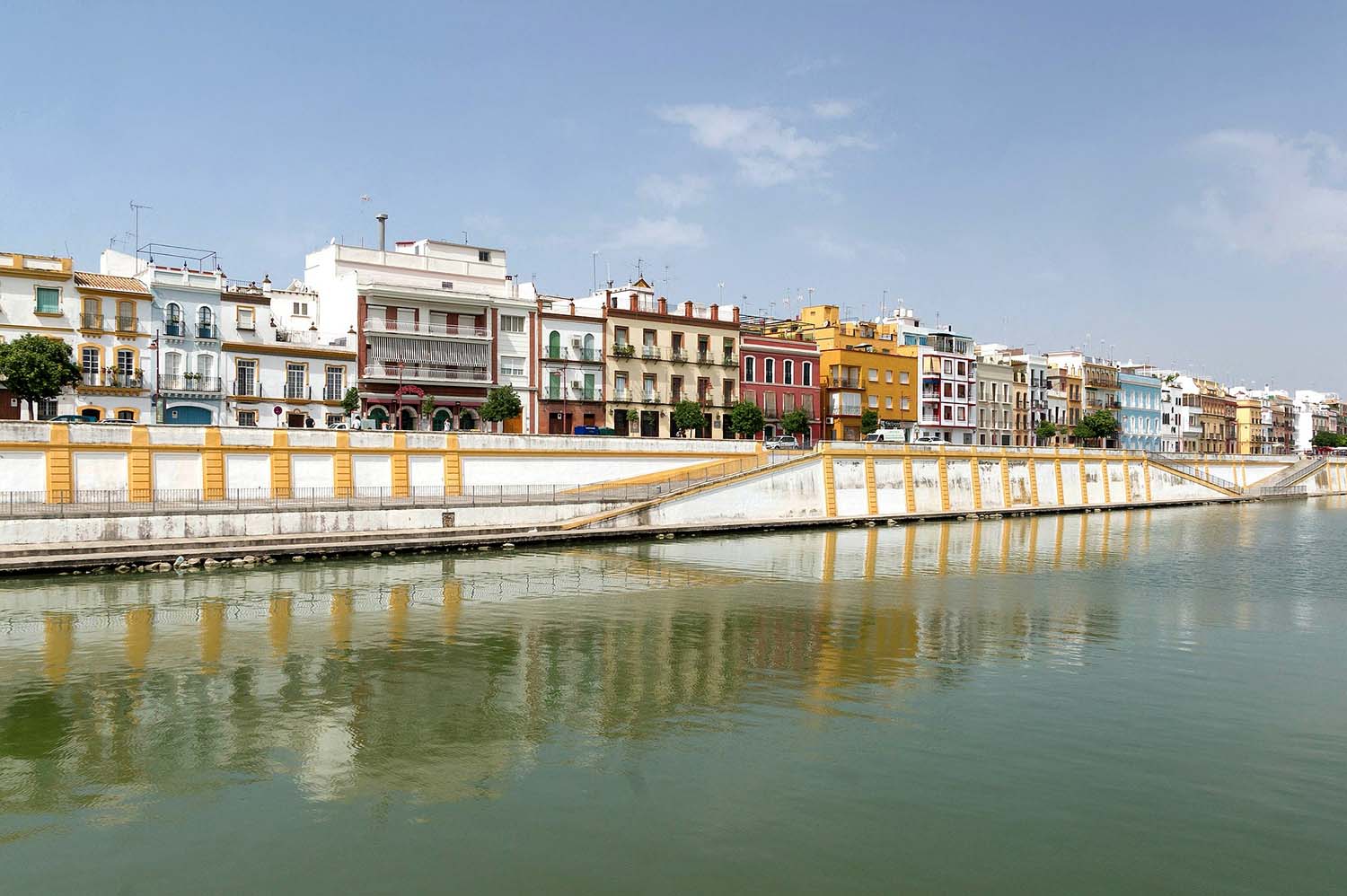 Explore Triana
Read More
Wander through the streets of this well-known neighbourhood, learn about local ceramics craft, and visit the Triana Market. 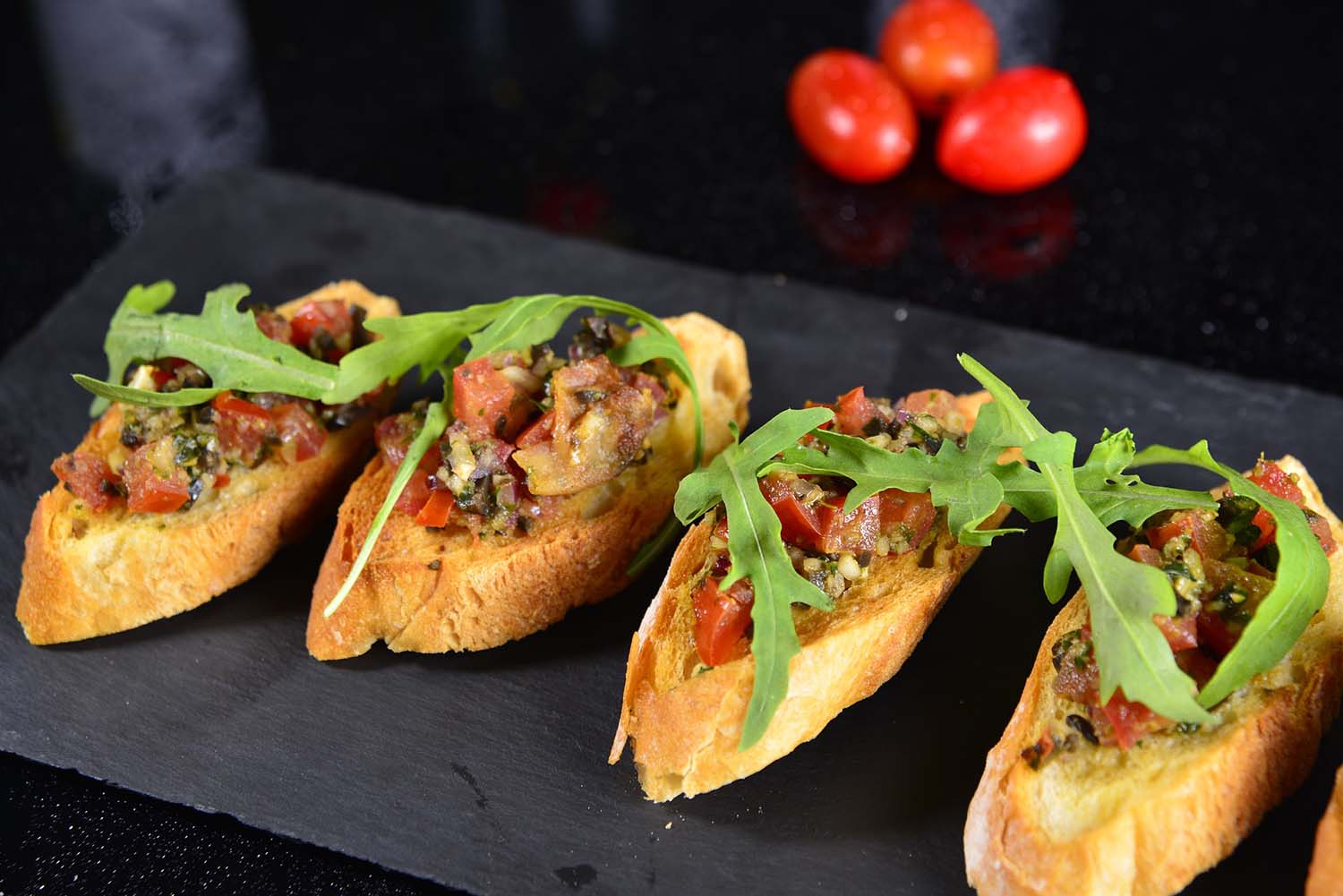 Insiders Tapas Tour
Read More
As the home of tapas, Seville boasts some of the country's best. We bar hop to find traditional offerings to new and exciting combinations of flavours.
Previous
Next

Find beautiful, uniquely designed guestroom here, featuring pure whites against wooded elements and wall carvings. The hotel is the epitome of an urban oasis, framed by a stunning building loved by everyone in the city. The Hospes Palacio de los Patos is located conveniently in one of the city's main streets, near several stunning sites as well as the famous Alhambra Palace.

The lovely Gran Hotel Miramar is located in the centre of Málaga, in the area of Caleta, between Paseo de Reding. Along with wonderful views of the city to make a memorable experience of your stay, the property also has a beautiful courtyard and communal spaces. Rooms are an elegant, lush, classical modern style.

The Hotel Alfonso XIII was originally built for royalty, by the king himself in 1929. It is a stunning display of Andalusian design with its mosaic-covered arches, soaring towers and a courtyard where orange blossoms surround a bubbling Moorish fountain. From the history, to the interiors to the warm, impeccable service, we experience here both the serenity and the bustling life of the city.

In the bustling centre of Madrid is where you'll find the unique Gran Hotel Inglés. Combining urban sophistication with the glamour of bygone times. the rooms are designed with relaxation in mind. The property is located in the capital's cultural, commercial and leisure epicentre, with modern-styled rooms and earth-toned hues.

Villa Magna is an elegant, distinguished hotel located in the heart of Madrid. With renowned museums, fantastic shopping, trendy restaurants and vibrant night life in close proximity, the hotel captures the vivacity of Spanish culture and the warmth of European hospitality-an ideal place from which we explore the capital.